How to Get the Spartan Weapon Charm in COD MW2 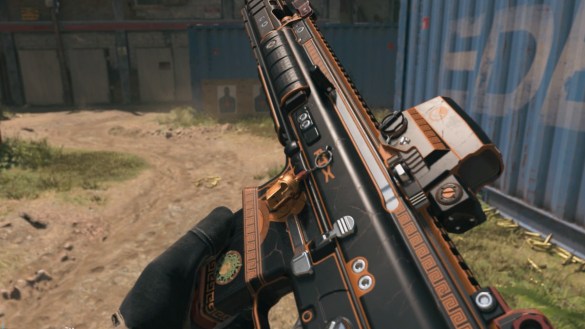 Modern Warfare 2 is still in Season 1, and these early seasons are typically pretty light on cosmetics, so finding good ones can be quite a chore. Just before Season 2 lands though, we have a brand new Spartan Weapon Charm that makes any weapon look battle ready in seconds.

Helmet charms are nothing new to Call of Duty, and we were bound to get some new ones in Modern Warfare 2. For the time being, the Corinthian Helm is one of the cleanest additions to the game and one of the only warrior cosmetics, along with Damascus Forge 2. We’ll cover how you can get the Spartan set up in this guide to join the likes of Leonidas.

COD MW2 – How to Get the Spartan Weapon Charm

If you see any players running around with the Spartan helmet on their weapon, that means they simply went to the in-game store to freshen up their inventory. One of the latest rotations is called the Spartan Tower and it includes the helmet you’re looking for, which is called the Corinthian Helm.

Along with the Spartan Charm, the bundle has a blueprint for the TAQ-M called the Battle Hammer that has greek designs all over it. An emblem with a Spartan Tower and a small Medusa Weapon Sticker is also included. All of these will cost 800 COD Points in total, which rounds out to about $8.

Until we get more cosmetics through Ranked or the Battle Pass in Season 2 of Warzone 2 or MW2, there is no way to get Spartan gear without paying. Plenty of cosmetics in the current pass feature references to ancient Greek warriors, so hopefully, Infinity Ward will go a step further going into Modern Warfare 2 Season 2.