How to Get the Powerful Friends Mod in Destiny 2

Nerf yourself to boost your buddies, the ultimate sacrifice. 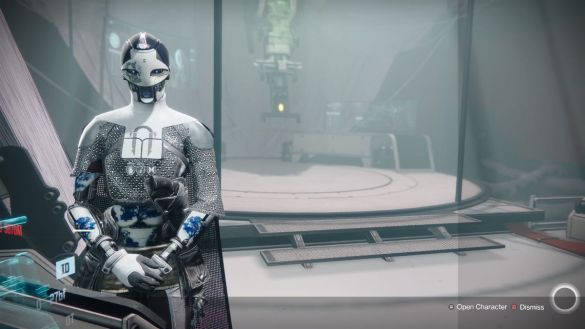 Destiny’s all about two things – getting loot and stomping bad guys into the ground with your friends. And to that end, there’s no shortage of mods that will help you do just that. One of the most effective support mods on the market is Powerful Friends, which allows one generous friend to supply everyone else on the fireteam a little extra power. Here’s how to get the Powerful Friends mod in Destiny 2.

How to Get the Powerful Friends Mod in Destiny 2

For those not in the know, the Powerful Friends Mod primary effect is that when the user is Charged with Light, all nearby allies become Charged with Light, too, and this range extends outwards by 18 meters. Charged with Light is essentially a status modifier that triggers a variety of Mods, which can do everything from increasing the damage output of a particular weapon to increasing your super regeneration.

So, why is this useful? Because in a coordinated fireteam, that means only one person needs to waste a mod slot to become Charged with Light. This allows all your friends to create more efficient builds that prioritize boosting damage (or whatever else), helping you with whatever activity you’re throwing yourself into.

It’s a sacrifice, as it means that you’ll be less effective, but it does have a secondary effect. When at least one other Arc mod is socketed into the armor with Powerful Friends, or when at least one other Arc Charged With Light mod is socketed into another piece of armor you are wearing, you will gain a +20 mobility boost. This allows you to walk, strafe, and jump higher. Not great, but it’s something.

But if you want to add this mod to your collection, you might find yourself waiting a long time. As of 2023, it can be obtained only in one place. You’ll need to head to the Tower’s Annex and speak to Ada-1, the Exo gunsmith and keeper of the Loom. Her room is almost opposite to the Drifter’s and her refined, monochromatic lodgings are the opposite of his in every way. She even has porcelain armor.

Related: How to Get the Radiant Light Mod in Destiny 2

Speak to her, and you’ll find that she sells a variety of Armor Mods on a daily rotation. Yes, unfortunately, Powerful Friends isn’t always in the shop. You’ll have to come back every day and check. And with Ada-1 only having 4 Armor Mod Slots in her shop, and there being a total of 288 Armor Mods available in the game, it’s possible you’ll be waiting for a long time.