How to Get the Amulet Coin in Pokemon Scarlet and Violet 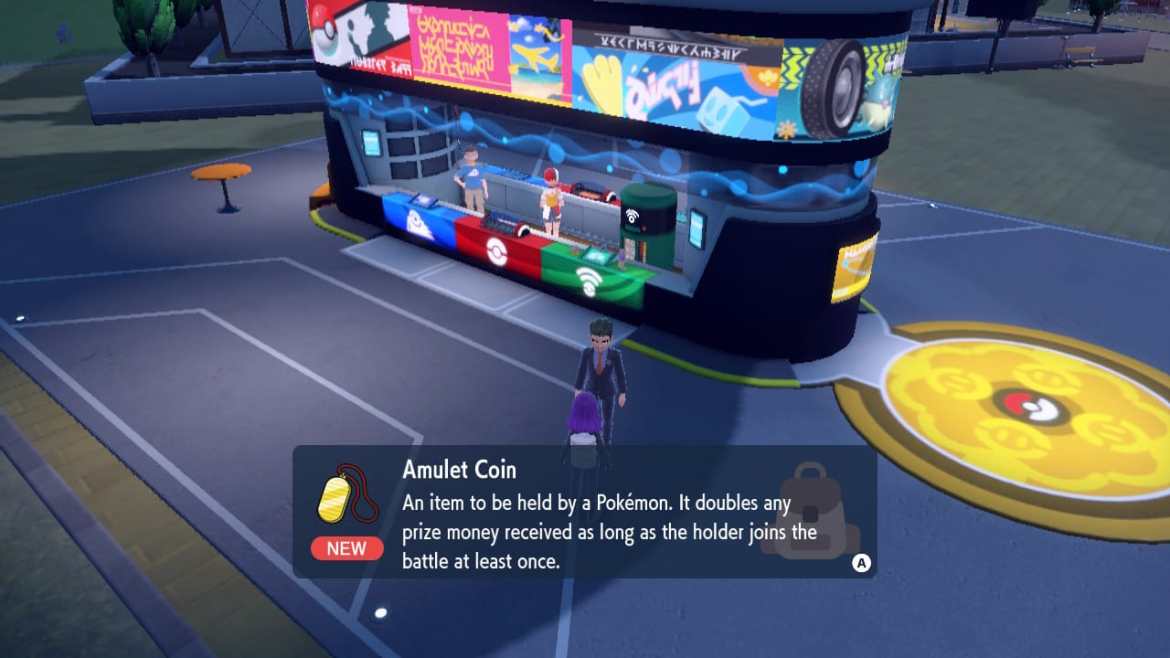 Pokemon Scarlet and Violet prove that being rich really does matter. There’s so much you can spend your money on – 100 Ultra Balls, 100 Repeat Balls, 100 Luxury Balls, 10,000 sandwich ingredients. Never mind the hold items and the so-hideous-it’s-borderline-fashionable shoes you can buy at Levicinia.

But if you have an online shopping addiction, Pokemon Scarlet and Violet have you covered. You can actually double the amount of money you get in trainer battles? Yes, including the highly profitable Gym Trainer battles!

How to Get the Amulet Coin in Pokemon Scarlet and Violet

The answer to your poverty prayers is the Amulet Coin. This charm, which suspiciously looks like it’s been pried off a Meowth’s forehead, has been in the game since Gold and Silver. And thank Arceus it is. If you don’t mind sacrificing a Pokemon’s held item for it, it’s one of the best ways to fill that sad little wallet with some fat stacks.

Unfortunately, like in past games, you’ll probably be at least three gyms in before you reach the point where you can get the Amulet Coin and at minimum you’ll need to take out the Open Sky Titan.

Related: How to Get the Shiny Charm in Pokémon Scarlet and Violet

Once you do, head towards Medali, the city in West Province (Area Three). There at the Pokecenter you’ll find a Pokemon League Representative. As usual, he’ll ask if you’ve been having some nice battles. But to satisfy this man’s bloodlust, you’ll need to defeat 5 trainers in the area.

That’s a fairly simple request, as there’s no shortage of trainers in the area. You can’t throw a stone without seeing them, standing in the distance, passively waiting for someone to challenge them.

Defeat 5 of these chumps (with their level 20 – 30 Pokemon) and return back to the Representative. He’ll congratulate you and bequeath to you the Amulet Coin!