How to Get Strong Enough for the Very Rude Stranger of Paradise DLC - Tips and Tricks! - Prima Games
Tips

How to Get Strong Enough for the Very Rude Stranger of Paradise DLC – Tips and Tricks!

Bahamut is no longer welcome at CHAOS events 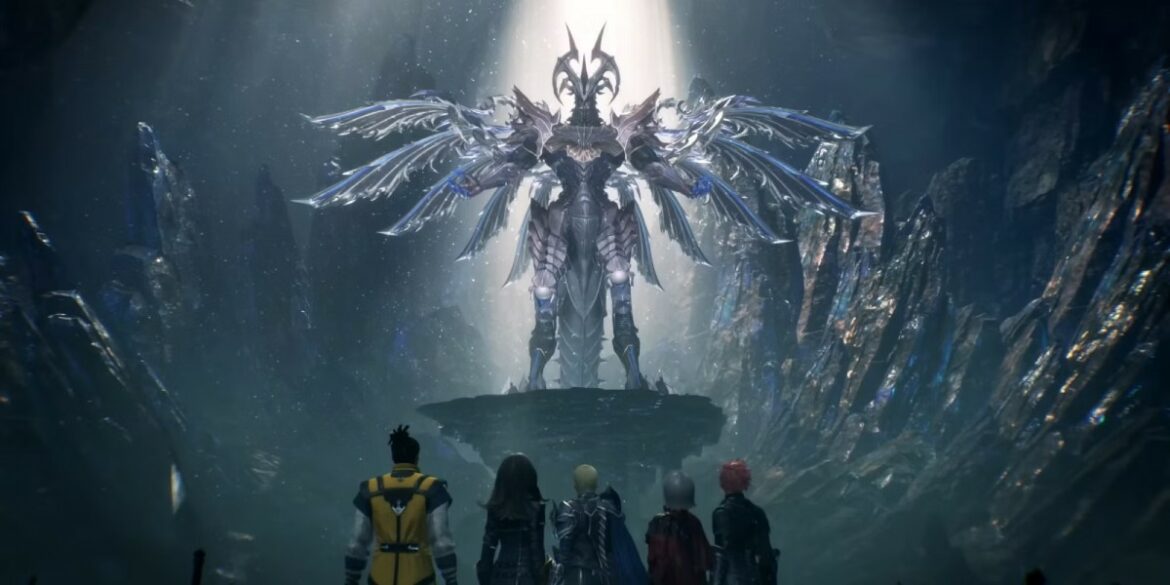 Holy shit, y’all. Bahamut isn’t messing around this time. Trials of the Dragon is Stranger of Paradise Final Fantasy Origin’s first DLC and it’s a doozy. One part of the season pass released so far, this is actually a slight expansion to the story. There’s just one problem with that, though. This stuff is hard as Hell, and you can’t play it on easy.

Bahamut adds his own difficulty level to the game, which obviously isn’t anywhere as big as his ego. You can use a list of intentional debuffs (like in Hades) to make levels spit out a new coin. Those coins can be exchanged for super strong Artifact equipment. To give the best players even more challenge, the item level cap has grown from 300 to 400.

The only problem? Bahamut’s whole thing (what a narcissist, am I right) is a bespoke difficulty option. There’s no Action or Story mode to let you in, for the folks out there who like the game but can’t “git gud” for a multitude of possible reasons. So I whipped up a few tips I’ve run into as I keep trying, to at least offer a leg up for folks who never even touched CHAOS mode.

You’re still gonna struggle. One look at Stranger of Paradise’s subreddit is enough to know that we may be seeing adjustments from Square Enix in the near future. So I can’t guarantee this will get you through, but we can try!

Extra Mode is a new option added to both CHAOS and BAHAMUT modes that sets Jack permanently into Chaosbringer mode. That’s more damage, no Break meter to watch, and all the MP you’ll need and then some. Anyone judging anyone for using it needs to understand Jack is CHAOS and therefore this is his natural state regardless of Souls Discourse.

Dragon Coins can wait (don’t even stress over this crap)

Bahamut is a real piece of work. Not only is he forcing his own special boy difficulty on us, but he’s also insisting we use his own decentralized currency! Gil has been just fine for 100 hours, but now we have a crypto geek here begging us to mine Dragon Coins. If you use Extra Mode, the game warns you about diminishing rewards. What it should really say is “no Dragon Coins,” because everything else remains totally normal. Chasing them at this point is self-destructive anyway, so put that feature on hold. Unfortunately, you need these for story progress, but you’ll get there!

You’re going to have to mess around with your carefully doled-out Master Points, sorry! Remember, Extra Mode removes several limitations on your side. So take all those points and put ‘em on offense. Especially Break offense, because you won’t be taking anyone’s whole HP bar until at least 350. But you can melt that Break meter no problem. You can also take advantage of the much bigger “During Lightbringer” boosts if you’re playing Extra Mode.

Use Beefcake Jobs and Weaksauce Skills (just the one skill though; go wild otherwise)

If you were a Dark Knight in the base game and didn’t get yourself into Endgame Equipped, just drop it. Trust me, it’ll hurt less. Instead, for now, use a meatsack like Liberator or Warrior so you can (eventually) take more than no hits in a boss fight. If you get a good drop for your main, drop it in storage for later glory.

And you definitely have to put something small, fast, and simple in your RB to RT skill slot. The top one, I mean. With enough Break, you’ll be able to justify sneaking in occasional skill hits if you have a low-risk one set. And if you’re using an axe? You’ll take Ground Pound to the very end.

So before I realized what was happening, I had been retrying against the first boss in the Chaos Tower a dozen times at least. I thought I was just rusty, but no, Bahamut’s a real bastard. So instead of beating your head against the longer, harder missions, it’s okay to run through the smaller side missions while you gear up to a survivable loadout.

Kill the Marlboro (the nuclear option, the No Fun Zone, the grimy grind)

If all else fails, there’s the Marlboro. Get ready for tedium and go to Azure Memories: The Stymied. Ideally, you can get a group of stronger people online who are doing this on absurdly high Trial Ranks, but it’s possible to grind solo on much lower levels. Run through everything in the cave, but grab the key. You’ll get a feel for the route eventually. Head out and fight the Marlboro, which is slow and clumsy enough to be beatable without getting hit for super underpowered players.

Get Carried (you won’t even need to fight yet!)

If you’re doing the group thing, try to get in a room that’s doing Trial Ranks. The higher the rank, the more you’ll die in one hit, but sickos playing level five know what they’re doing. Let them kill the Marlboro while you tag along and try not to be a distraction. You’ll get piles of Dragon Coins this way, and get all the story content in a flash. This also isn’t fun.

Remember when I mentioned you don’t lose MP in Extra Mode? Turns out that applies to command skills as well. Overpower is a ridiculous skill that can only be used in Lightbringer, and immediately ends your bringer state. And as far as I can tell, the game recognizes Extra Jack (he’s pretty hard to miss) as using Chaosbringer. So if you’ve leveled up a Breaker and unlocked the Overpower skill, you can just… spam it.

This, I feel, is a good compromise between totally cheesing the experience and having a good time still fending for yourself. Plus the stronger you get, the less you need it. Or maybe you keep it because firing missiles from your hand is pretty rad when you can just keep unloading. You will get So Much Aggro from this, but as long as you don’t get cocky and go too far ahead, you’ll be fine.

There you have it, prospective Bahamut Bashers. There’s no way around the numbers game in Trials of the Dragon King. If you thought CHAOS mode was hard enough, the new Stranger of Paradise DLC will break your back and make you humble. It’s a long road regardless of your skill level, if your gear isn’t good enough. We hope Square Enix readjusts or offers an alternative, but in the meantime, I hope these tips can help a little.

How to Get a Voyager Thruster in Tower...

Does Rumbleverse have Cross-Play? – Answered