How to Get Shiny Regice in Pokemon GO - Prima Games
Tips

How to Get Shiny Regice in Pokemon GO 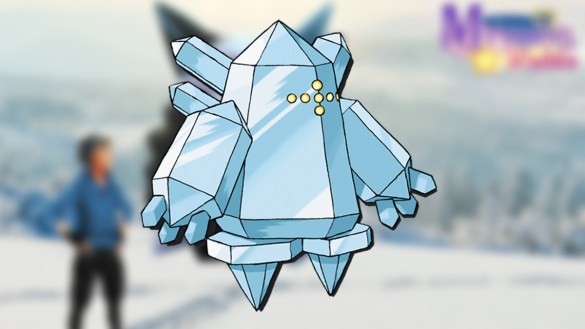 Winter is in full effect, so what better time to bring Regice back to the raid boss rotation than the month of January in Pokemon GO Mythical Wishes? All of the original Legendary titans tend to go in and out of the rotation, and as always, Trainers tend to go for shiny variations.

Before getting into the details of shiny Regice, it’s important to confirm that the shiny variant does exist in Pokemon GO. You won’t have to guess whether Niantic has added it just yet. But catching one is another story entirely, and we’re here to help you increase your odds while providing some perspective on chances.

Pokemon GO – How to Get Shiny Regice

Like any Pokemon game or GO event, there is no guaranteed way to get yourself a shiny Regice. Some very rare events in Pokemon GO have had shiny Pokemon, such as Mew, as final rewards for some long quest lines. In this case, though, Trainers will need to rely on the usual chance basis.

Not all methods of catching a shiny are created equal though, and the success rate can change drastically. You’ll only be able to get Regice from five-star raids, so that means you’ll need some decent Trainers and a few raid passes. You can also use online raid finders like the one from Leek Duck that can help you find easy groups, but remote passes are required when you don’t host.

Every time you take down Regice in a raid, there is a chance for the encounter to bring a shiny. The slightly darker blue ice-type Legendary will have a 1 in 30 chance of appearing, which is the case for nearly any raid within Pokemon GO.