How to Get Mithril in Star Ocean The Divine Force 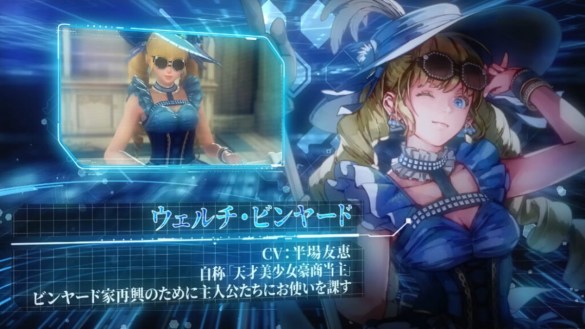 These Welch quests are a goldmine, folks. I can’t believe how much mileage I’ve gotten from what basically boils down to “unlocking crafting buttons.” Either this game has the most devious side quest padding gimmick of all time, or it’s just a fluke. Regardless, Square Enix is lucky Star Ocean The Divine Hope turned out pretty well, otherwise nobody would be putting up with this bullshit. But hey, since we’re here anyway, we may as well talk about Mithril.

Related: The Best Ways to Play Every Star Ocean Game

Mithril is the… sixth resource Welch asks you to deliver. You need ten pieces of this three-star ore material to complete the “Welch the Author” quest. The purpose of this quest is to teach you how Alchemy works, which is the previous Item Creation method you unlocked. Or you could just go to a shop and buy some for 1300 Fol a pop. That’s a lot of cash though. I mean, crafting ten Mithril is also a lot of cash, but at least there’s SP in it for you too.

In Star Ocean The Divine Force, Alchemy is what you use to upgrade ore. Instead of buying the kind you need for lots of Fol, once you level up your Alchemy expert you can turn Iron all the way to Rune Metal for much less, in theory. The road there ain’t cheap though, as you’ll have more Scrap Iron from failed attempts than anything else to start.

Related: Where is The Divine Force on the Star Ocean Timeline?

But the point is that you can level up your ore with Alchemy, from Iron to Silver, Silver to Gold, Gold to Star Ruby, Star Ruby to Mithril, and Mithril to Rune Metal. The Jury’s still out on how beneficial this is versus just buying the parts you want. I’m bad at math.

Make or buy the ten pieces of Mithril you need and bring ‘em back to Welch in Delryk. This time you unlock Authoring, which uses paper materials to craft things like elemental magic charms.