How to Get Flat Earth in Solar Smash - Prima Games
Tips 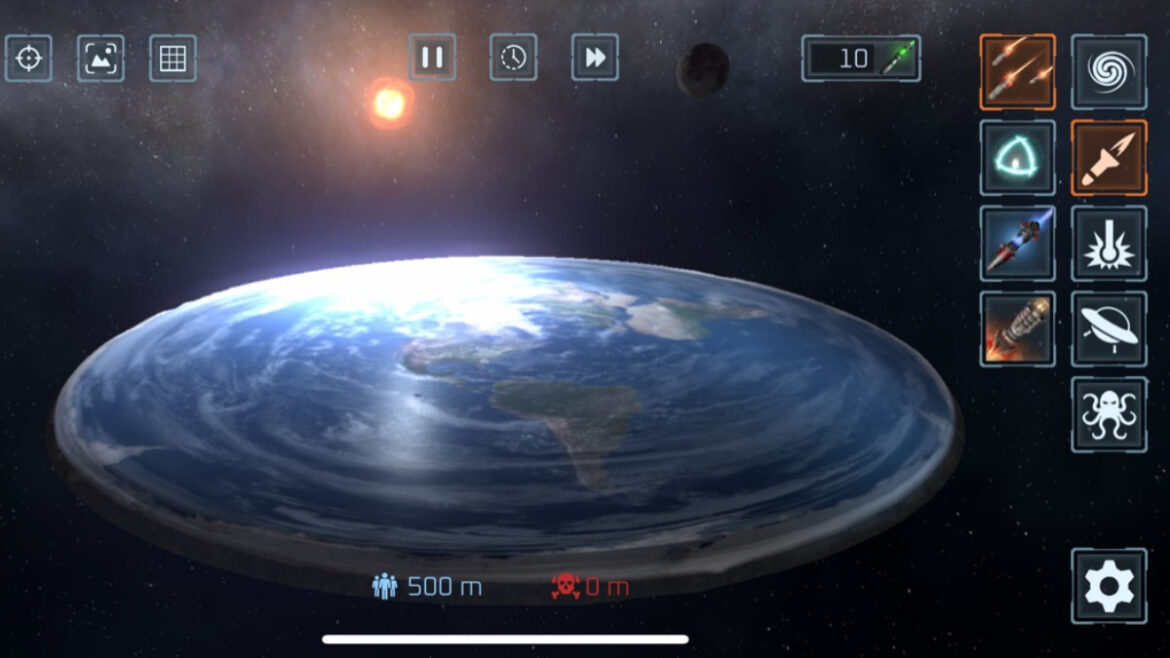 All of the planets in Solar Smash can be found as targets, as well as several other space objects… including some very weird things. The most intriguing, though, is a pancake-shaped version of our planet – the iconic Flat Earth.

The argument that we live on a 2D plate rather than a globe is as ancient as the Internet itself, but it has recently become more popular. Whatever you think about Flat Earth, it sure is fun to blow it up in Solar Smash – keep reading for detailed instructions on how to unlock it.

How to Unlock Flat Earth in Solar Smash

First off, make sure you have the latest version of Solar Smash installed. If you’re uncertain, just visit the App Store and download it again.

To get the Flat Earth in Solar Smash the easy way, select the grid icon (the last icon in the top left menu), then set the sliders as in the picture below.

Once you get the grid, select the missile weapon type, then multiple missiles, and then tap on the cog in the bottom right corner to get the pop-up menu. Here, set the power to 5 and the number of missiles to 100 as in the picture below.

All that remains is to blast away and enjoy the show. Continue to rain rockets on the planet until nothing sticks above or below the grid. When you’re certain you’ve destroyed everything except the protected flat part inside, hit the reset icon in the lower-left corner – you won’t get any confirmation or achievement, but assuming you did everything correctly, Flat Earth will unlock after the reset.

It even comes with a little Sun and Moon that you can destroy. Also, after the first unlock, Flat Earth remains available permanently in the Unknown Systems menu.

For more Solar Smash guides, check out how to unlock Cube Earth, all other secret planets, and even a lightsaber.