How to Get Dark Crystals in Disney Dreamlight Valley 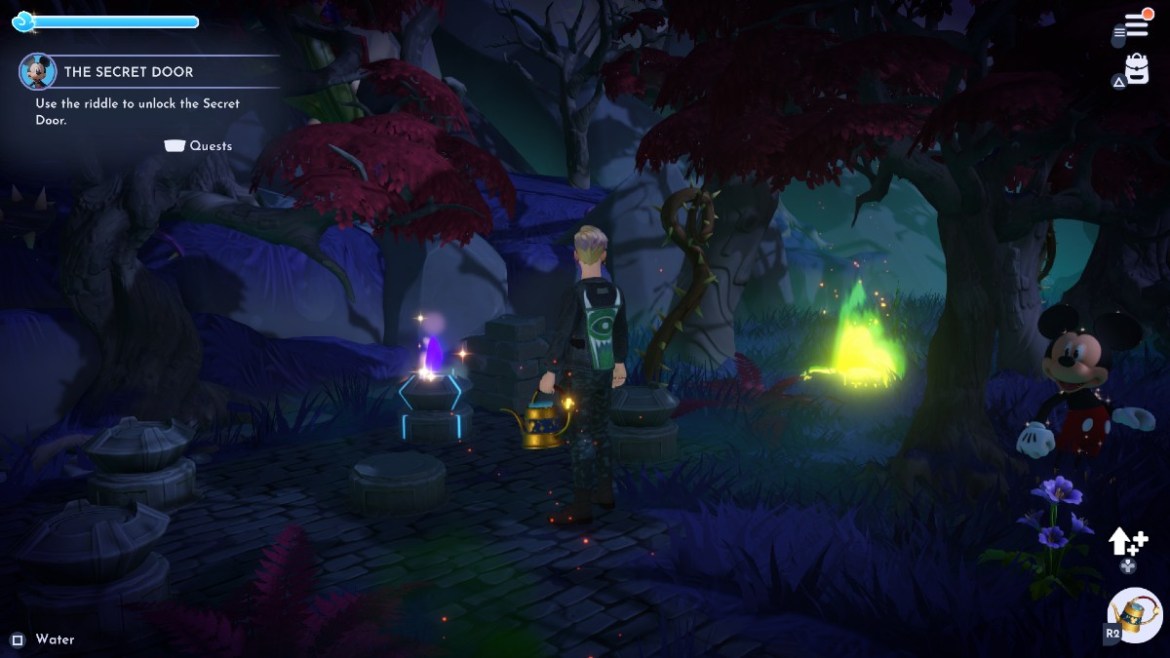 You can befriend the villain characters in Disney Dreamlight Valley just the same as the heroes. Ursula, the big bad of The Little Mermaid, is one such character. And you’ll need her in order to get one of the game’s final unlockable characters. But in order to do that you have to get her friendship to level ten, then finish a quest that has you finding Dark Crystals. What the heck are those? It’s my job to tell you.

Dark Crystals are a quest item, so you don’t need to worry about figuring out where they spawn or whatever. They’re static and only show up when it’s time for them to show up. But you do need to make certain progress in order to even have a chance at getting them. That’s because you need access to the Forgotten Lands biome, which most players will be getting last. That’s because opening it requires a whopping 15,000 Dreamlight. If you don’t have enough, just do a bunch of those rotating tasks and grab some patience juice for the grind.

The first Dark Crystal is simply sitting on a pedestal in the Forgotten Lands. You can even find it before you start the final quest for Ursula. But the other ones won’t appear until you have that last quest started, and you hand her that first Dark Crystal you found. Then three more will appear. One will be in Sunlit Plateau, one in Frosted Heights, and one in the Glade of Trust. You get a little bit of help in the form of “dark energy” to find these things, but just keep an eye out for floating, purple crystals. They’re hard to miss.

Once you bring all the Dark Crystals back to Ursula you’re one step forward to getting Prince Eric to join his Little Mermaid castmates in Disney Dreamlight Valley.