How to Get Audino in Pokemon GO - Prima Games
Tips

How to Get Audino in Pokemon GO

There are few standard Pokemon as elusive as Audino! 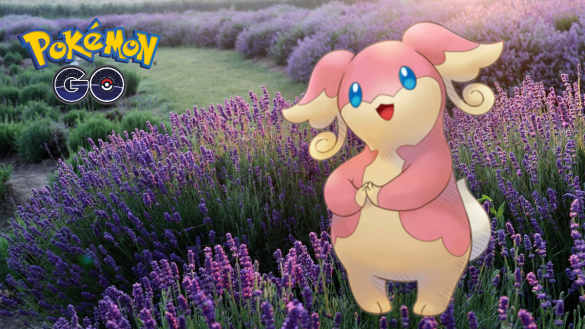 Some Pokemon are simply rarer than others, and one of the rarest around is the Hearing Normal-Type Pokemon, Audino. But don’t despair, that doesn’t mean that this adorable Pokemon is impossible to get! Here’s how to get Audino in Pokemon GO.

How to Get Audino in Pokemon GO

First things first, does anyone else think it’s strange that Audino isn’t a Fairy-Type? Just look at its Mega Form! It’s the very definition of Fairy. Half its moves are even Fairy-Type! What a travesty.

Anyway, Audino premiered on Valentine’s Day of 2020 and its Shiny Variant was released on July, 2021. During these two events, Audino sightings were at an all-time high, with the adorable pink Pokemon appearing in 1-Star Raids.

But that doesn’t mean you can’t find them anymore. It’s possible to find Audino as a rare Wild Encounter wandering around the overworld. It may also hatch from 10 km eggs. Much more rarely, it can be found in 1-Star Raids or as a prize for Research Tasks. This leaves encountering Audino very much up to luck.

But if you’re hoping to increase your chances, look towards Valentine’s Day. While Audino appearing during the festival of love and hearts isn’t guaranteed, it has made an appearance during the Valentines Event in 2020 and 2022. It’s possible that it will appear again.

Related: Can you Get Mega Gardevoir in Pokemon GO – Answered

And even if it doesn’t, Audino has appeared at least once a year in connection with some event, giving trainers a chance to finally add this elusive Normal-Type Pokemon to their collection. But once you have Audino, is it any good?

Well… it sure does have bulk. But Audino is both slow and applies low shield pressure, with its only key wins being against Sneasler. It’s hard for a Normal-Type Pokemon to excel in any competitive PvE or PvP moments… and Audino isn’t really breaking the mold here.