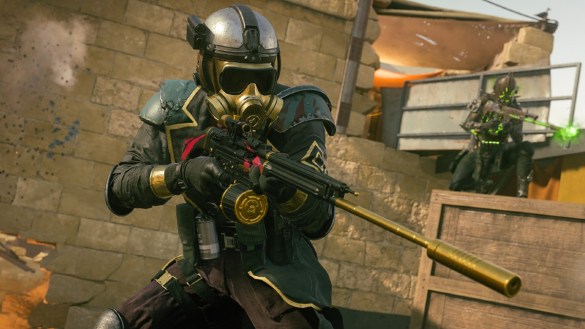 Call of Duty: Warzone Season 5 Reloaded is live and that means players can start unlocking weapons like the BP50 assault rifle and the Lienna 57 light machine gun. The BP50 in particular has an easy challenge that simply tasks players will get 15 ADS Kills using an ACOG Scope.

On paper, that challenge sounds incredibly easy, especially if you have access to the Vanguard Multiplayer. However, there are no optics in the name that are labeled as an ACOG, and this is true for the last few games released around the Warzone era. Our guide will go over what an ACOG optic really is and how to equip one for this challenge.

To complete this challenge for the BP50 assault rifle, we need to know what counts as an ACOG optic in Warzone Season 5 Reloaded or in Vanguard. Any sight that is set from 3x-6x should technically count as an ACOG scope, and many of the weapons in the game have access to these ranges. But new patches can introduce complications, and some scopes may not work.

One of the most popular 3x-6x scopes in the Warzone is the SVT-40 PU Scope 3-6x. At the moment, this scope may not track kills when going for the BP50 challenge. But that doesn’t mean all hope is lost. Other optics like the ZF4 3.5x Rifle Scope is a sure-fire way for the ADS kills to track when you equip the optic. An M19 4.0x Flip may be another option as long as the range is locked in.

Toggling could be another problem for scopes that still fall in the range of 3-6x. If they are instead classified as hybrid scopes. then the SVT-40 PU Scope and the M19 4.0x are both knocked out of the running. You should be able to use scopes from the other two Call of Duty games as well if you are in Warzone, but they also lack an official ACOG. Make sure to follow the static 3x-6x rule and the kills should count.