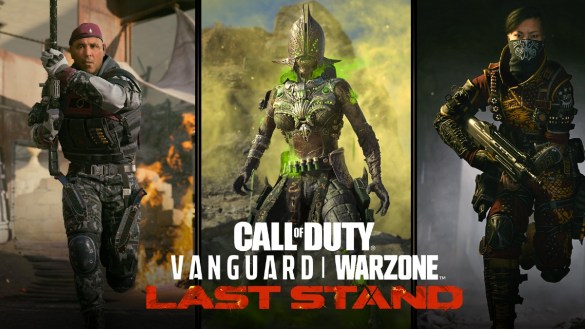 In one final conclusion to the original Call of Duty Warzone arc, the Midseason Update for Warzone Season 5 has officially been announced. The Last Stand has a confirmed release date, and players won’t have to wait long before jumping into the final content drop in the game.

Regardless of the Midseason Update, they typically arrive a few days after the initial announcement, but there is even less time to wait for Warzone Season 5. Our guide will go over when you can download the new update, when players can jump into the game, and what’s next for the franchise.

Warzone Season 5 – When does the Midseason Update Start?

The Midseason Update for Warzone Season 5 will officially start on September 28, just a day after the initial announcement for the final conclusion to Caldera. Starting now, players on console and PC can download the updates for Warzone or Vanguard in order to prepare for the start of the latest update.

On September 28, players can start jumping into Vanguard and Caldera once again at 9 am PT or 12 pm ET. Shortly after the initial announcement, Activision announced that the PC platform had some issues and matchmaking with consoles was closed off. There was a possibility for a delay on the platform to September 29, but there was a confirmed fix, Everyone will be able to play on September 28.

Within the announcement, the conclusion to Warzone as we know it was only referred to as the Midseason Update, but the official name is still Warzone Season 5 Reloaded per usual. You can expect two new weapons, two new operators, and a new map in Vanguard once everything is live. Enjoy the last content drop before Warzone 2.0 takes over later in November.