How to Complete the M-003 Puzzle in Sonic Frontiers 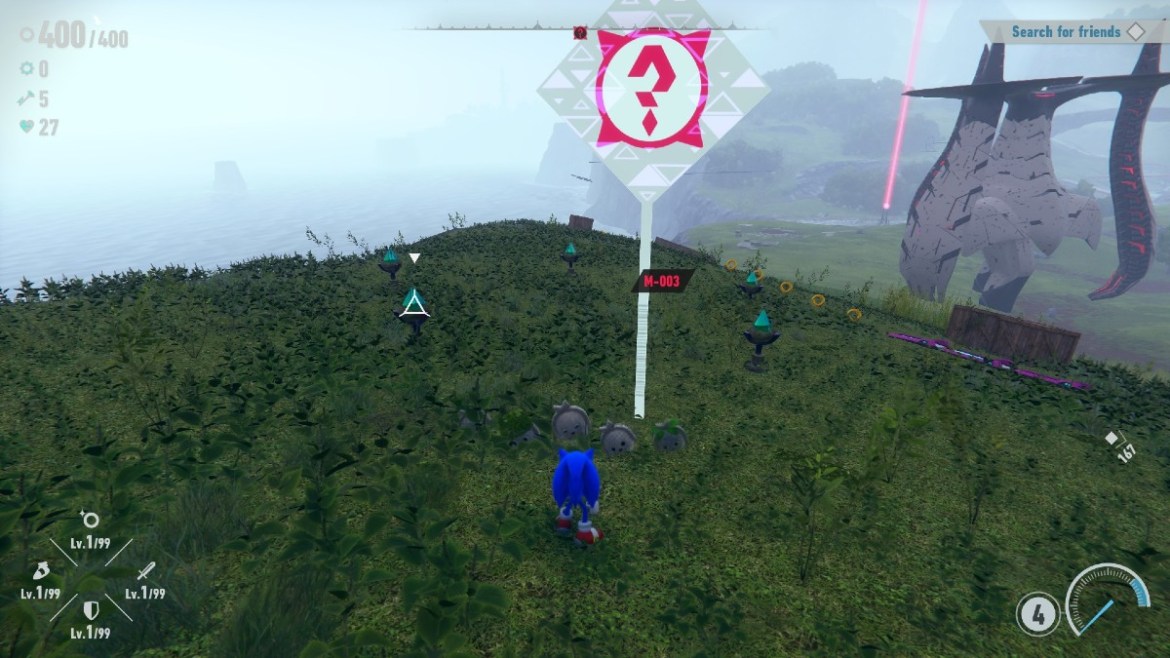 In the previous Sonic Frontiers map puzzle guide, I said that M-002 was the starting point for the answers not being overtly telegraphed. Barely, but those are still my words. In any case, after coming back and reflecting on M-003 for this guide and looking at the screenshot, I definitely lied. I apologize for the crimes I’ve committed in my introductory paragraph fluff. Anyway here’s how to solve the M-003 puzzle in Sonic Frontiers.

Related: Is the Chao Garden in Sonic Frontiers? – Answered

So just like the previous two cartography capers in Sonic Frontiers, this one presents you with a small group of objects and challenges you to figure out what to do with them. So naturally, the moment you approach M-003’s circular arrangement of devices the homing attack lock-on reticule immediately solves the puzzle for you.

If you were to ask me whether or not you have to hit each object with homing attacks in sequence, without touching the ground, my answer would be… “probably?” That’s certainly what I did, but I didn’t try the other way first. Maybe you could use Cyloop as well. I have no idea because the obvious thing solved the puzzle and I immediately forgot it existed until just now.

These kinds of guides are a blessing and a curse. They’re easy to write, and considering I’ve been prompted to do these specifically, presumably have some kind of legitimate utility. But also, answering them with a minimum word count is something resembling torture. It’s a cushy torture considering I’m writing about an effortless Sonic the Hedgehog puzzle, but my wrist aches nonetheless. Just a little peek at how the sausage is made, folks!

Check out the game’s tag for more Prima Games content on Sonic Frontiers.