How to Break the Large Rocks in Harvestella - Prima Games
Tips

How to Break the Large Rocks in Harvestella 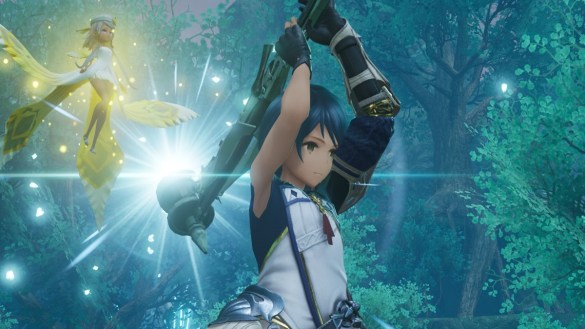 Harvestella really has you using every bit of space available on your farm to plant and tend to your crops, especially when it has large, annoying boulders scattered around sporadically. Early on, you’ll be able to craft the Hammer, a tool used for destroying smaller rocks, work stations, and unwanted crops around your farm. However, no matter how many times you smack them, the Hammer won’t even make a crack in the larger rocks, forcing you to deal with the eyesores that take up four valuable tiles of soil until later. Wanna find out how to get rid of them for good? Keep reading to learn how to break the large rocks in Harvestella.

Related: Harvestella: Can you Change Appearance after Character Customization? – Answered

How To Break The Large Rocks in Harvestella

After completing the different branches of the Chapter 3 main storyline, you’ll be visited by the four elemental Great Faeries — Fire, Wind, Water, and Earth. Each Faerie provides a list of Faerie Orders that can be completed to unlock new recipes and skills to aid in your farming needs.

The Great Earth Faerie, named Shirii by default, is who you’re looking for to learn how to break large rocks. Specifically, the Destroy Skill: Charge Lv 1 reward you get after completing a total of six Faerie Orders from Shirii.

Fortunately, if you’ve been crafting items and building rapport with the characters of Harvestella, you should easily be able to complete the first three Orders from Shirii. Doing so rewards the Spice Maker and Mayonnaise Maker recipes, both of which happen to be requests from Shirii as well, so you’ll likely reach the six needed to learn the Hammer skill after crafting those two work stations.

Related: How to Make BBQ Churrasco in Harvestella

Once you learn the skill, simply equip the Hammer, hold it above your head to charge it up, and release to deliver a satisfying smash on those pesky boulders, obliterating them from your farm forever. Nothing like achieving cleanliness through brute strength, huh?

For more information on Harvestella, check out our other guides here at Prima Games.