Genshin Impact: How to Defeat the Pyro Hypostasis (Extreme) in Ternary of the Blazing Hearth - Prima Games
Tips

Genshin Impact: How to Defeat the Pyro Hypostasis (Extreme) in Ternary of the Blazing Hearth

Send this hellish cube back to where it belongs 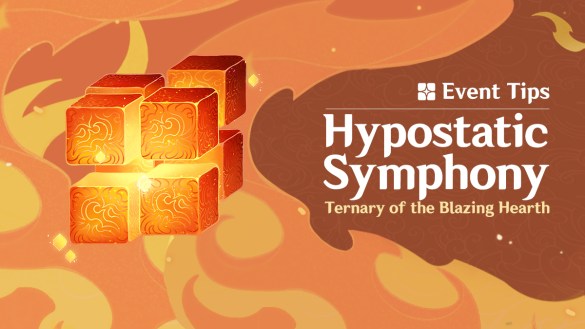 After a (not-so) chilling challenge with the previous buffed Cryo Hypostasis, Genshin Impact showed how merciless the world can be by throwing a stronger version of the Pyro Hypostasis at us. The second part of the Hypostatic Symphony event is a real trial by fire as this is easily one of the most annoying bosses in the game.

The previously used Pyro characters are now out of the question, and you’ll need to go for your best Hydro units if you’re thinking of having any chance at the Extreme difficulty. Cryo was ok for Fearless and below, but you’re kinda forced onto hydromancers for this one.

Related: How to defeat the Cryo Hypostasis (Extreme) in Sonata of the Snowy Path

This is all assuming you’ve previously completed the Standard and Fearless challenge. If you haven’t yet, the same suggestions apply for those. Bring someone to gather the monsters to make this quicker. Once you unlock Extreme, the suffering begins.

The Hypostasis attacks ruthlessly with its stomps and those hurts. I mean, they REALLY hurt. My 40k HP Zhongli shield would go off after only a few hits if I didn’t bother to dodge. If that’s not enough for having a Hydro healer on the team, you’ll need to periodically remove Pyro from yourself, so there’s nowhere to run.

The goal here is to quickly break its Pyro seeds whenever they’re up with either Yelan or Xingqiu’s burst while supplying enough energy for those to up for hitting the Hypostasis directly. You must absolutely make sure to activate the Dissonance when it becomes vulnerable before going all out with Raiden + the other bursts.

Ayato’s a godsend here if you have him as his Burst can make easy work of most seeds at once. Don’t be afraid of using another Hydro application for those, though. If you take too long, your whole team will most likely wipe quickly.

Kokomi can’t break the shields fast enough by herself, and she’s here more for her healing than her application. With that said, she’s still a better choice than Barbara, but you can go with the idol nun if you don’t have Kokomi. If you don’t have Yelan, Mona’s also good for breaking shields and dishes some nice damage by herself.