I wonder what Wanderer wonders while he wanders. 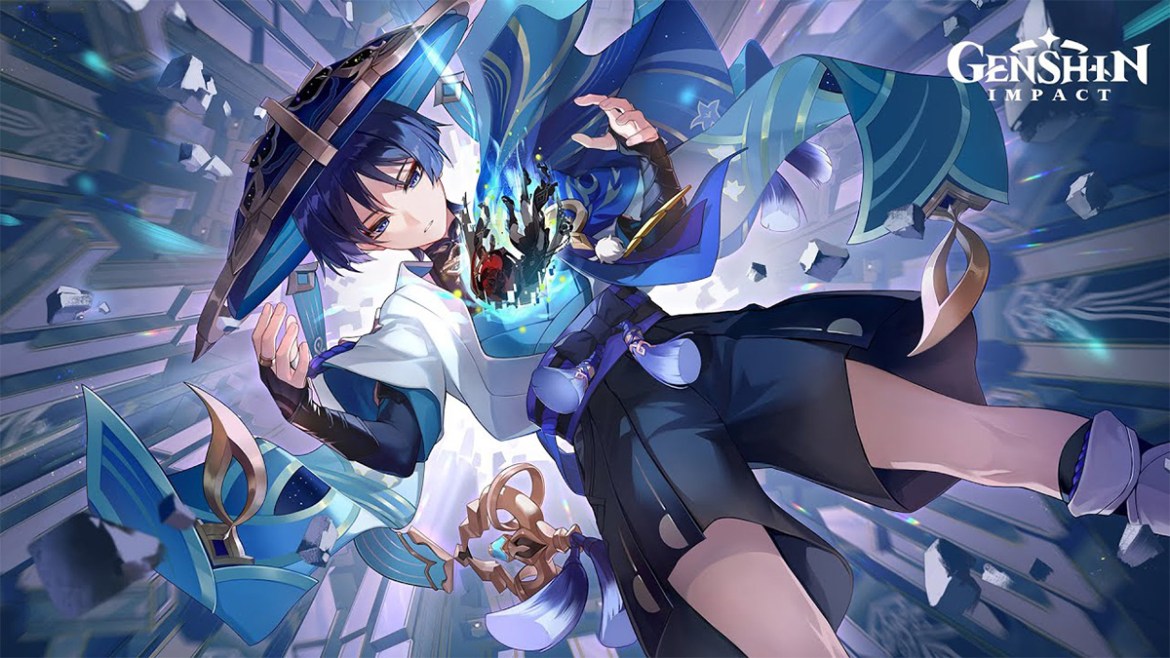 One week and a half separate us from Genshin Impact receiving its 3.3 update “All Senses Clear, All Existence Void”, showcased in their latest Special Live Program starred by both Arataki Itto’s and Wanderer’s VAs. A more than fitting choice, I would say, given this patch will introduce both Wanderer as a playable character and the Genius Invokation TCG minigame. Ready to play your cards?

The 3.3 maintenance goes live on December 7, 06:00 (UTC + 8), and the game returns to its regular update schedule with it, taking the usual 6 weeks before getting new content. Luckily, we’re in a treat for this new patch.

After being teased for literally over a year, Scaramouche is finally playable under his new guise of Wanderer.  He’ll be featured as a 5-star Anemo Catalyst character who’s set for being a main DPS who stomps over his opponents (quite literally). He arrives in the same banner as his new personal support Faruzan, the 4-star Anemo Bow character dedicated to boosting her teammate’s Anemo damage. Serving as the TCG ambassador, Arataki Itto will also be back during this time.

If you don’t care much for them, the second half might be more appealing. Raiden Shogun is making yet another return to sharing her screen time with Kamisato Ayato. Both were expected to be here since Ayato hasn’t returned to banners since his debut and all other Archons were featured in the last Sumeru updates.

How did that goblin of a semi-human being that was Scaramouche become Wanderer, you might ask? You’ll have to find out in the new Interlude Chapter: Inversion of Genesis Archon Quest, available after completing the complete Sumeru storyline and unlocking his previous Weekly Boss fight. If you care for his name, there’s an extra treat hidden in the quest, so make sure to do it as soon as you can.

The main event for 3.3 is Akitsu Kimodameshi, a new minigame-filled event with a storyline revolving around the “Test of Courage”. Itto and Heizou should be involved, but that’s all we know about it. Oh, we also get to play elemental Ping Pong with our team. That’s something neat.

Across the Wilderness has you running around collecting Ballons on strangers’ rooftops, so that’s just another regular day for the Traveler. If only we had monkeys that could throw darts at them instead…

Love it or hate it, Windtrace is also back for one more season of deceiving and sleuthing. If you get caught, you can now disturb the Hunter by placing fake beacons that can distract him for a while for your teammates to escape.

If you just wanna play with characters you don’t own, Misty Dungeon is here once more for granting that wish for you. Test them all in many different setups and see if they’re worth your hard-earned Primogems or not. The Ley Line Overflow is also making its comeback in this version so you can get resources for said characters.

Aside from the characters, the biggest star in this update is this new optional Card Game introduced during the update. It incorporates the Elements system into its gameplay, while the card themselves reference every element present in Genshin, from characters to monsters, NPCs to items.

It will have mainly a PvE focus although you can freely challenge your friends for duels (no rewards involved). Players can use the Lucky Coins obtained through NPC matches to buy new cards or even unlock Dynamic Skins, which gives them those flashy animations we’ve seen in trailers.

Two new Artifact Sets will be introduced with Desert Pavillion Chronicle and Flower of Paradise Lost. The first one is dedicated to Wanderer and matches his intense gameplay, while the second seems to be aimed at Nahida and other Dendro characters. Check their status below.

4-Piece Set: The equipping character’s Bloom, Hyperbloom, and Burgeon reaction DMG are increased by 40%. Additionally, after the equipping character triggers Bloom, Hyperbloom, and Burgeon, they will gain another 25% bonus to the effect mentioned prior. Each stack of this lasts 10s. Max 4 stacks simultaneously. This effect can only be triggered once per second. The character who equips this can still trigger its effects when not on the field.

No Livestream would be complete without its own Primogem codes. Get them quickly before they expire:

And that’s all for the update. “All Senses Clear, All Existence Void” will make its way to the live servers on December 7, 06:00 (UTC + 8). Ready to wander the world with Scaramouche? I’m certainly not, but I’ll do it anyway.