The first steps in your Fungi journey. 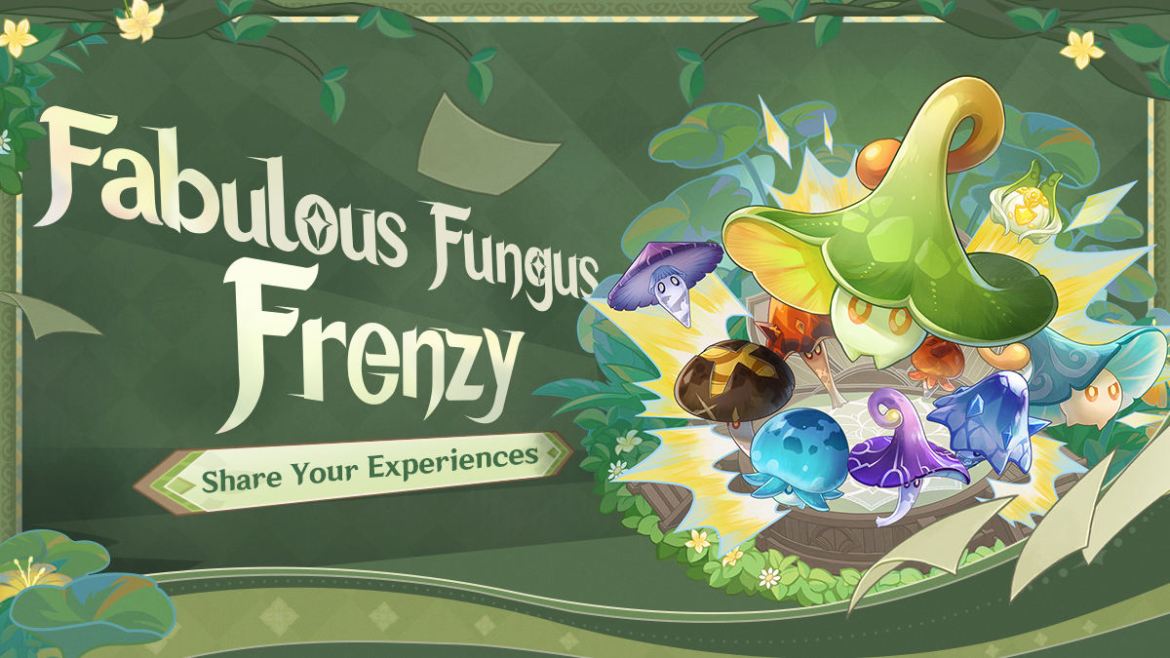 Remember those pesty Fungi around Sumeru? Yeah, the same ones you have to endlessly hunt for leveling almost everything that comes from this region. You can now watch them slay each other instead. Talk about a change of pace! This is the central theme for the newest event in Genshin Impact version 3.2 named Fabulous Fungus Frenzy, which is your chance to become Sumeru’s first Pokemon Fungi Champion.

The event revolves around the creation of the Niloptala Cup Beast Tamers Tournament, which gives some sweet rewards such as the usual Primogems, Mora, Talent Books, a Crown of Insight and, most importantly, a free copy of the recently released 4-star character Dori.

The tournament is available for all Adventurers at Adventure Rank 35 or higher who have completed the “Akasha Pulses, the Kalpa Flame Rises” Archon Quest, the most recent addition to the game’s story that also gives you access to the Scaramouche Weekly Boss. You also need to clear Yae Miko’s Story quest “Divina Vulpis” Act I. If you haven’t done them though, you can use the Quick Start option to instantly get access to the event-starting quest.

After meeting the requirements, follow through with the “The Most Fantastic Tournament You’ve Never Heard Of?” quest, which is pretty straightforward in introducing the event to you. A new quest will be unlocked during each of the first 4 days of the event, unlocking new challenges and parts of the event. You’re unable to recruit Dori until you complete “The Strongest Opponent! The Biggest Crisis” quest.

Throughout the initial quest, you’ll learn the basics for taking part in the event such as capturing your own Fungi (which works the same as catching wild animals for your Teapot) and awakening the potential for your newfound buddies.

The shop is unlocked as soon as you complete the first steps of the initial quest. Its unique items are the exclusive Nilotpala Cup Tournament Stage, the Wisdom Orb Model furnishing items, and the valuable Crown of Insight, only available once per update.

Considering you’re up to complete all of the event’s challenges, you can use your currency in any way you want and will still be able to recruit Dori in the Treasure of Dream Garden option after you unlock it, so don’t worry.

If you’re aiming for high scores in this new Genshin Impact event, see how you can prepare your Fungi in our Corruscating Potential guide or the best strategies for the Special Training trial battles.