Does that mean I can't play as Spongebob?! 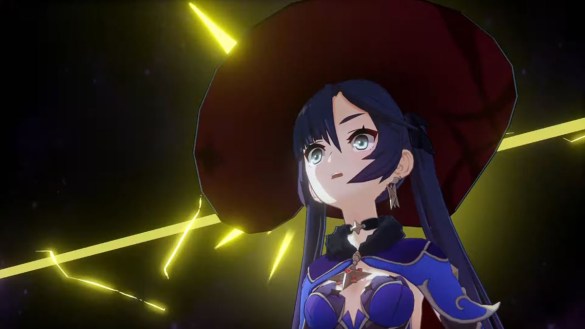 Modded Genshin Impact videos are everywhere these days. You can find them on Twitter, TikTok, or in YouTube Shorts as a testament to how deep can the community go in the mysterious world of model customizations. You can find anything from alternative clothes for the characters to more drastic changes such as replacing characters with others from different franchises. One of the best examples would be the infamous mod that inserts CJ from GTA San Andres in the game.

But cursed/questionable mods aside, are those even legal? What’s the company’s official stance on the issue? Here you’ll find the answers to whether modding is allowed or not in Genshin Impact.

Can You Use Mods for Genshin Impact?

Even if your only intent is to mess around with some random models, modding is not allowed and could theoretically get you banned. The problem is not with the mods per se, but with how they are implemented into the game. Unless we’re talking about THOSE kinds of mods… you know, the ones that would make the game easily go way higher than PEGI 12. Yeah, that Mona mod got famous quite fast.

Using a direct quote from the game’s Terms of Service:

“b. You acknowledge and agree that you may not, either directly or indirectly, do or attempt to do any of the following actions with respect to any or all of the COGNOSPHERE Services:

vii. Copy, reproduce, adapt, reverse engineer, decompile, disassemble or otherwise create derivative works based on any of the COGNOSPHERE Services;

viii. Use illegal or inappropriate methods that may interrupt the operation of or otherwise exploit any of the COGNOSPHERE Services without authorization, including but not limited to extracting source code, hacking, cracking, distributing counterfeit software, complaining of false information, uploading or transmitting files (or attempting to do so) that contain viruses, Trojan horses, worms, time bombs, corrupted files or other unauthorized programs;

x. Allow or assist any third parties to do any of the above.”

In summary, you’re not allowed to tamper with game files in any way from the moment you agree with their ToS. Mods are also mostly done through private servers which are already illegal by definition, so getting in touch with them could be a bannable offense by itself. Modding also requires the use of third-party tools, which are strictly forbidden. Aside from skin mods, there are also others that can give you other perks such as removing fog from the game.

Can HoYoverse Detect Your Mods?

There’s no reliable way of proving that someone is actively using any of the Genshin Impact mods since they are client-side. However, if said person shares images of themselves using them, they could be tracked through ID or other information. Cosmetic mods are also inoffensive as they don’t give any direct advantage to the player, aside from using their favorite characters from other franchises to explore Teyvat.

While it may be rare to see someone who got banned due to mods, we wouldn’t recommend you try your luck. Some companies are rather strict on this subject, and since HoYoverse is slowly introducing new skins and alternate outfits for characters, it would be reasonable to believe they can just crack down on modders in the same way they did on leakers in the past.

Long story short, avoid mod usage as it could lead to an account loss in the long term. This is valid for both simple cloth-changing mods to NSFW ones. Using them on a private server would theoretically be okay, but these are not allowed either and can probably get you into even more trouble than skin mods. Better safe than sorry.