Running for the coins. 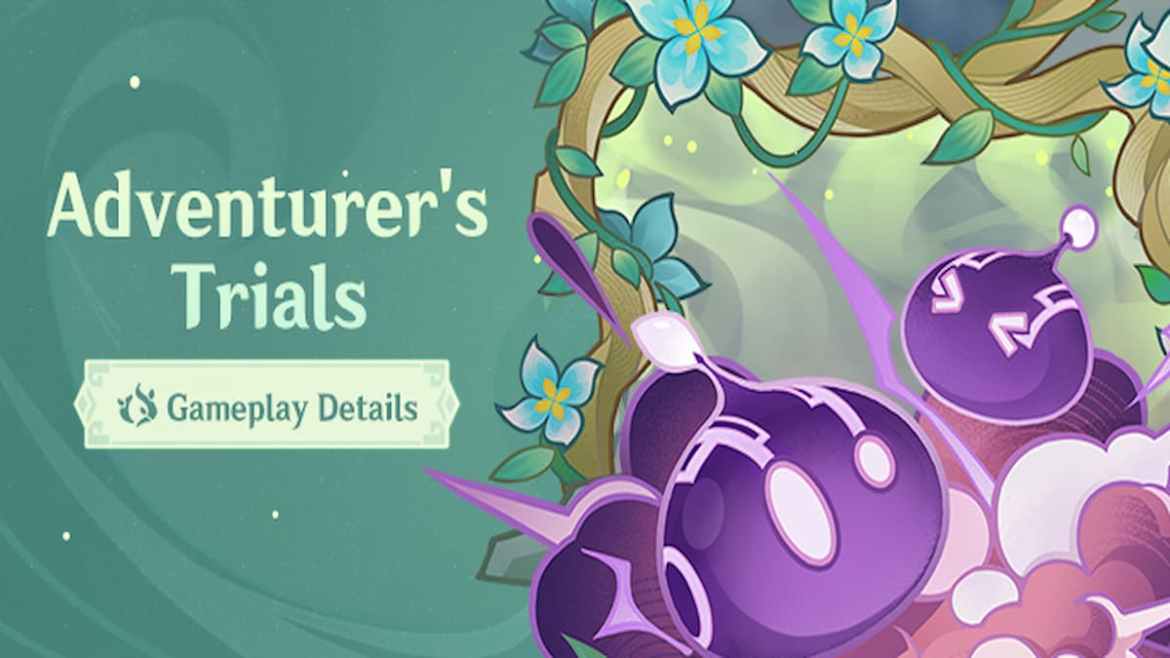 Following the first day, the newest event in Genshin Impact version 3.2 named Adventurer’s Trials continues to bring some differential gameplay. Focused purely on having fun and granting some easy rewards, the event can be played either solo or with friends. But thanks to its goofy nature, it’s way better with more people involved.

The event’s pretty much a breeze, so relax and enjoy using these characters in the best way possible. The minigames have been getting more creative and we hope for the next days to keep this trend going. Here’s a quick summary of what you need to do for Sequential Trial: II in Genshin Impact.

All players who have reached Adventure Rank 20 can access the event via the Events option in the main menu with no prerequisites. As mentioned before, going either solo or with more people is completely up to you, but it won’t be as fun if you go alone. And no matter how you see it, this event was designed with Multiplayer in mind, so just do it.

How to complete Sequential Trial: 2

The same rules from the previous trial will apply here. The trick is that in the final challenge, you’re meant to use both of the available characters to clear your goal, and one of them just happens to be the face of this new update. Marketing at its best.

For this trial, your challenges are Boulder Run, Verdant Tsunami, and Thunderlit Battlefield.

Just like the name suggests, you’re in for some rushing. Your goal is to get enough coins as fast as possible using Yelan’s Elemental Skill to get that speed boost and dodge the Giant Pinballs around the room. Large coins are worth 5 points, so grab ’em as quickly as possible.

Remember that while her skill lets you pass through enemies, you’re not invincible while doing so. Hence, you might still collide with them. At some point, buffs for your jump will spawn, so use them to get those coins at the sky and even dodge some Pinballs.

Playing as the rolling sleepy ninja, the goal’s pretty much the same as before. This challenge’s a very clever one with its gimmick. Make sure you first start rolling near a Cryo Slime so you can absorb its element before going into the water to form the ice bridges. A nice class in Reactions!

Similar to Kazuha’s challenge, your goal is to create chain reactions and defeat the Hilichurls as soon as possible. This is very straightforward with two Nahidas and two Keqings and, once again, a subtle way of promoting the new character.

You can only deal damage with the Dendro + Electro reactions, so make sure you’re applying those elements as soon as your Skills/Bursts are off cooldown. Chain as many enemies as possible while using Nahida and make sure you’re always bursting with Keqing to cover bigger areas.