Elden Ring: Who Should You Give Seluvis' Potion To? - Answered - Prima Games
Tips

Elden Ring: Who Should You Give Seluvis’ Potion To? – Answered

Or you could just stab him 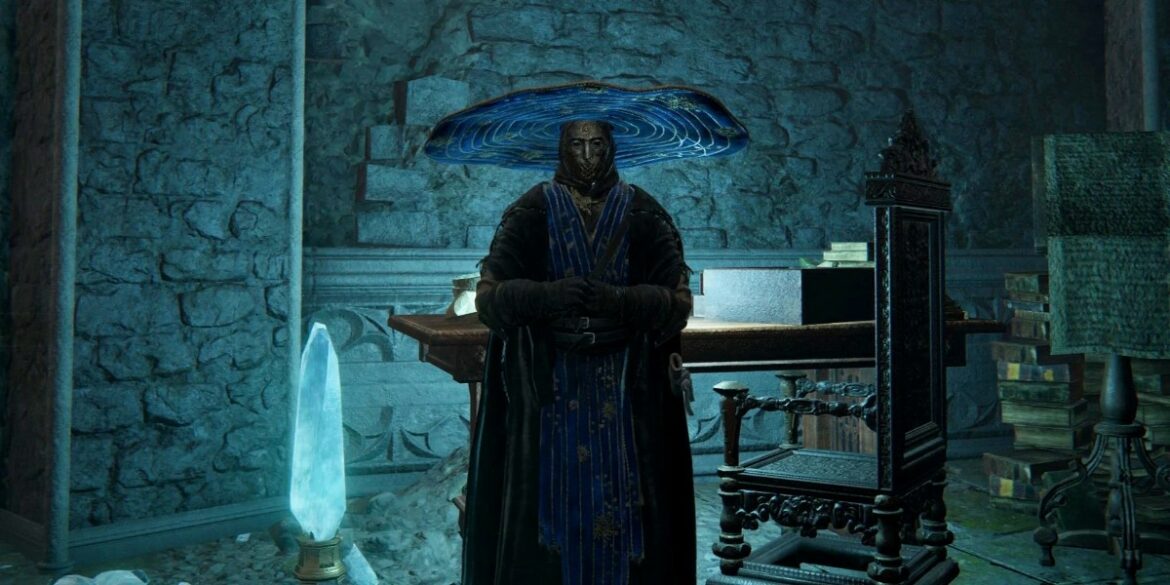 As you play through Ranni’s massive, interweaving storyline in Elden Ring (and if you haven’t you totally should), eventually you’ll meet Seluvis, the creepiest wizard to ever be a creepy wizard. He’ll give you a potion, and ask you to give it to Nepheli back at the Roundtable Hold. This brings us to an important question: should you? Or is there something better to do with it? The answer is, perhaps unsurprisingly, that you shouldn’t do what the guy asks.

Related: Elden Ring: What is the Best Ending? – Answered

Nepheli is a fairly important part of the Elden Ring story, with her own questline that ends with interesting implications about the world state. If you give her the potion, you cut that storyline off and you don’t get anything truly worthwhile in exchange. Turns out you have other options though. And they’re both a lot better.

You can also give the potion to Nepheli’s old man, Gideon. He’s the grumpy guy manning the desk at Roundtable Hold. If you give it to him, he’ll just throw it away or something; you never have to worry about it again. Something else happens too, but it’s too good a surprise to ruin here.

There’s another, stranger and more specific choice: Dung Eater. This is the weirdo who shows up at Roundtable Hold who talks about murdering people and stuff. To give Dung Eater the potion, you have to advance his quest a bit, which involves the whole sewers mess, eventually fighting him in the Outer Moat. Once you win you can start feeding the guy Seedbed Curses, or you can give him the potion. If you do that, Selvius will sell you a Dung Eater summon, which is pretty strong.

If you want that summon, keep in mind you can miss it. If you give Ranni the Fingerslayer Blade, if you give Dung Eater Seedbed Curses, or if you kill him too early you’ll get locked out of this option. Additionally, if you want the summon and Dung Eater’s Omen armor set, you can kill him after the potion knocks him out and it’ll still count for the story.