Elden Ring: What is the Best Ending? – Answered 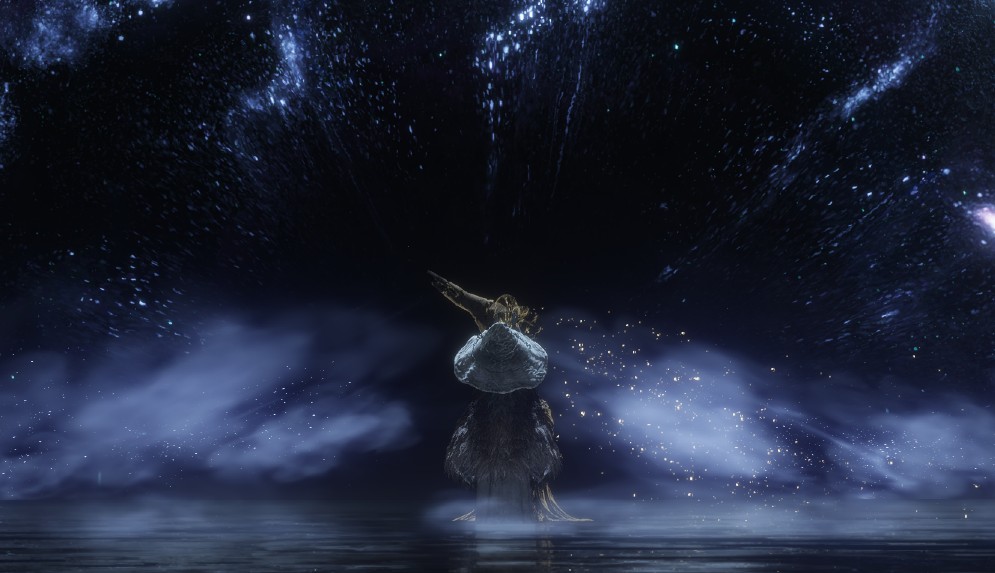 Elden Ring has six endings. Some of them are drastically different from the others, while some are very similar with small detail or context changes. Of course, when a game is dozens of hours long and has multiple endings, many players want to be armed ahead of time with what the “good” ending is. Elden Ring players seem to be going after the “best” ending, which reads a little more ambiguous. But let’s see if we can answer the question.

Related: How Many Endings are in Elden Ring? – Answered

It’s probably not surprising that there isn’t really a “good” ending in Elden Ring. There’s enough variety and ambiguity across the endings to suggest as much. There are several possible outcomes, but this isn’t a matter of one obviously good, canon ending and a bunch of what-ifs or bad endings. However, when I look at the prompt for “best” ending and look at my time with Elden Ring and how the endings are sort of grouped, I think there is an answer. Or rather, two answers. I have a little theory to share, and it’s that either the “Age of the Stars” or “Lord of Frenzied Flame” endings could be considered the “best,” depending on a player’s individual outlook.

Four endings (Age of Fracture, Age of the Duskborn, Age of Order and Blessing of Despair) are all variants of the expected outcome: the player as the new Elden Lord. This system of existence influenced by The Greater Will, obviously broken and decaying, is upheld for these endings. The Elden Ring is repaired, and The Tarnished hero gets to be in charge and decide how things go. This ranges from the basic (just fix the Ring, take over and go on as usual) to the comically evil (curse everyone for Reasons). But these endings also share a lot of visual construction, effectively grouping them together.

The other two endings ain’t about that life. While the easiest of the endings to get all show variations of the same thing, Lord of Frenzied Flame and Age of Stars are loudly distinct, both compared to the other endings and each other. But they do share one theme in common: screw the Elden Ring, also The Greater Will sucks. Let’s start over and try something else. Far too much horror happens in the Lands Between, even before things got significantly worse. In a game that takes us on a hellish roller coaster of destruction and misery, how could giving the systems with which this destruction was caused a little spit-shine? Why go on a murder world tour to take out the old guard, if you’re only gonna make new ones?

Obviously, both of these other endings carry their own kinds of moral weight. If you accept the Frenzied Flame you are cleansing the world with fire, pretty much ending everything to start over. You’re getting rid of all the suffering, failed gods and everything else in spectacularly violent fashion. If you do this stuff before Melina departs, she’ll show up at the very end vowing to mess you up before you can push the big, red button.

On the other hand, Age of Stars is the ending you get for taking the time finishing Ranni’s questline. This story within the story takes place through nearly the entire game, tacking hours and hours onto overall runtime. And the whole time you’re learning new sides of the system’s history from someone who already got out. If this is your ending, Ranni becomes the Elden Lord, but only long enough to kick the Greater Will to the curb. Then she takes you along on a metaphysical journey into whatever else is out there.

The implications on what the pair leave behind are vague and up to interpretation, but my reading of “here beginneth the chill night that encompasses all, reaching the great beyond. Into fear, doubt, and loneliness…” is a dark fantasy way of saying the world is on its own now. It’s a similar outcome to the year’s other wild Soulslike, Stranger of Paradise Final Fantasy Origin. In these cases, “free will” isn’t a totally good thing, even on paper. Free will means staring down uncertainty and worse right in the face. But if the alternative is being manipulated by cosmic dickheads and still suffering? It’s an easy choice. There’s some discourse over this part’s localization, but I think the overall intent lines up.

So much more is happening under the hood with those last two endings. After traveling through this world and overcoming the worst of it, the Tarnished growing to defy all the Elden Politics makes too much sense. And yet, there’s enough murkiness happening to make sure these choices have as many drawbacks as the others. I see the additional effort and more complicated presentation with Lord of Frenzied Flame and Age of Stars, and to me that makes them more interesting and critically satisfying than simply sitting down on the throne and repairing the status quo. So if you were to ask me what I think the best ending in Elden Ring is, I’d point to either of these two as the prime candidates.

But, you know, the real best ending is whichever one you like the best. And the friends you met along the way. The ones who survived anyway.