Can you Engage amiibo figures in new Fire Emblem? 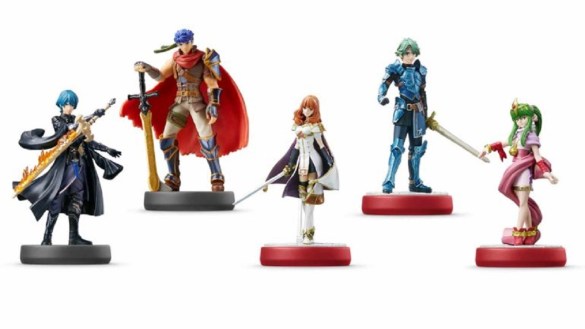 The new Fire Emblem Engage has just arrived! The latest sequel to the mainline series of the popular JRPG is finally here, and a lot of hardcore fans are already well into the world of Elyos on their way to defeating the Fell Dragon. However, as a Nintendo 1st party game, many wonders if Fire Emblem Engage supports amiibo figures. Let’s find out.

Related: When Time Does Fire Emblem Engage Come Out? – Answered

The answer is – Yes, it does! Fire Emblem Engage features amiibo support, it is possible to unlock a wide range of cosmetics in the game by scanning your amiibo figures with Nintendo Switch.

To access this feature, you need to enter the Amiibo Gazebo that is located in the game’s hub world, Somniel. The Gazebo becomes available after Chapter 5 is finished, and can be found in the Orchard – northwest of the Floating Castle.

When you enter Amiibo Gazebo, you will be presented with three options: Scan, Outfits, and Songs. Choose Scan and place your amiibo figure as displayed on the screenshot below.

So, if you have an amiibo figures collection, and are just starting your Fire Emblem Engage adventure, once you get past Chapter 5, scan away and have fun!