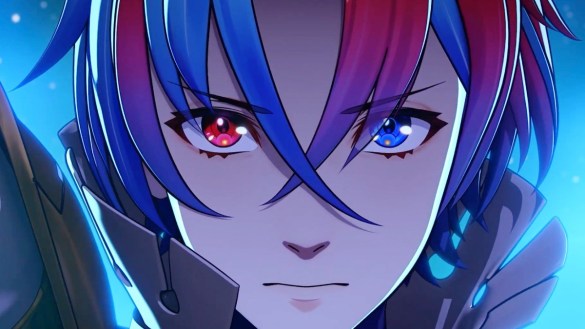 Here we go again. A new Fire Emblem is about to come out, and that means a new localization outrage of questionable legitimacy is underway. Assuming all of this is true, a series of changes to Fire Emblem Engage’s script have been made by the team at Nintendo Treehouse with respect to character support relationships. And a section of the fanbase is upset about censorship. Of course, real life is always stranger than fiction, and this supposed Fire Emblem Engage censorship controversy has boiled down to arguing the semantics of what constitutes underage romance. All aboard the “videogames were a mistake” train!

I’m using legally appropriate “alleged” words because the origin of this story is everyone’s favorite internet social club, 4chan. Supposedly, Fire Emblem Engage’s whole script was dumped by dataminers, which is certainly plausible considering it comes out this week. Since it’s the whole script, that includes conversations tied to upgrading support ranks, which in recent Fire Emblem games tends to incorporate romance. Fans putting the original Japanese text next to the alleged localized text noticed some discrepancies with these conversations, especially with characters who definitely aren’t adults.

If this is the real deal, the long story short is that characters who are arguably (or inarguably in some cases) minors (under 18), went under some dialogue surgery for the English localization. Most direct allusions to romance or love between these characters and the protagonist were altered to be more about friendship, partnership, generally more platonic bonds. And this is a huge problem, I guess, because of the principle of the matter? As you can see in some responses, some fans are ostensibly upset by any type of perceived censorship, as it represents to them an overwriting of the original work.

This is Fire Emblem we’re talking about though, and we have to remember that we can’t take these kinds of situations at face value. After all, this is the series that gave us the infamous “vagina bones” post, and that wasn’t even the first time this cycle has played out. Here, we already have a possible classic in the form of “all I see is a cute loli.” This is the field we’re playing on here. As reasonable as anti-censorship rhetoric can sound robbed of context, you might wanna take a sec to understand the specifics before you accidentally toss your lot in with a bunch of (alleged) terminally online degenerates.

The validity of the changes even existing remain to be seen, since Fire Emblem Engage isn’t out yet and the review embargo hasn’t even been lifted. Even so, is it truly an affront to art for a localization team to dial back some… questionable dialogue? We already take children doing war crimes for granted in the world of Fire Emblem, which is a fair point. But the history of sexualizing underaged characters in anime-adjacent media is not exactly a secret.

This whole event is turning me into the Joker, so I think it’s best for everyone involved if we stop here.