Find the Orb of Power and save Ursula! 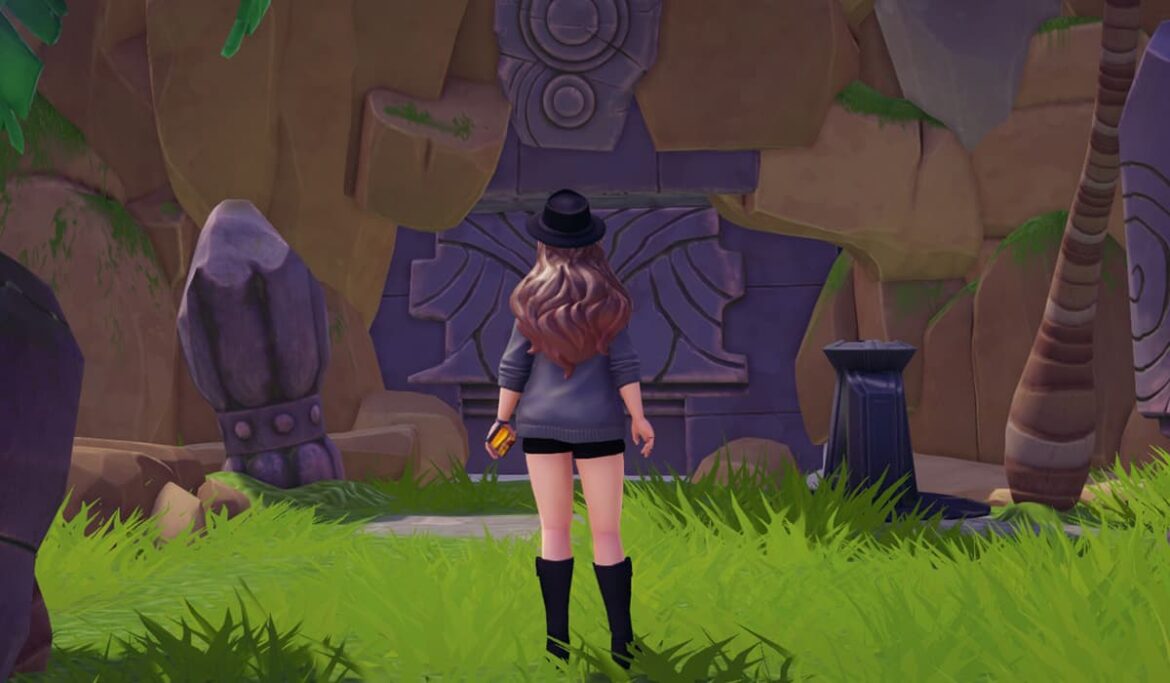 In Disney Dreamlight Valley, after obtaining the Orb of Friendship and clearing some of the curse from the land, your next task is to visit Dazzle Beach and help out Ursula. Upon entering her cave, she’ll ask you to enter a nearby cave. However, upon entering this area, you’re immediately greeted by a puzzle! If you’re stuck on any Mystical cave puzzles, continue reading to find every solution for it in Disney Dreamlight Valley.

When you enter the cave and head down the nearby path, you’ll find three colored statues. Each statue requires a specific gem, which you’ll find in the Plaza, Peaceful Meadow and Dazzle Beach. You are not required to venture further than these three regions for this part. However, you can’t use Shiny gems for the statues!

Below are the gems you need to place in the statues to progress:

Once you head through the doorway, you’ll find another set of statues. Thankfully, you do not need any more gems! Instead, you need three different crops. Specifically, you must bring their seeds so you can plant them.

Below are the seeds you need to place in the soil to progress:

Once you plant the three seeds, water them and wait for them to grow. Tomatoes will take the longest, so you’ll want to head out for a while and do some other activities before returning. You’ll have to wait around 20-30 minutes.

The last puzzle requires you to take all three crops from before and cook them. Make sure you’ve also brought some coal before venturing further!

After unlocking the previous door, harvest the carrot, wheat and tomatoes before tossing them into the cooking pot. You’ll create a Veggie Pasta meal, which you must eat to proceed.

While the very last room may look like it has another complicated puzzle, don’t worry about the stones nearby. Instead, look towards the glowing orange circle in the water and start fishing! Using your fishing rod, cast it out and go through the regular fishing minigame to obtain the Orb of Power. You can now exit the cave, place the orb into the Dazzle Beach Pillar and watch the magic happen.

Once you’ve cleared the cursed fog from Ursula’s cave, return to her to wrap up this part of the story.