Can You Play Metal: Hellsinger with Razer Chroma? – Answered

Create your very own disco within your game room with Razer Synapse. 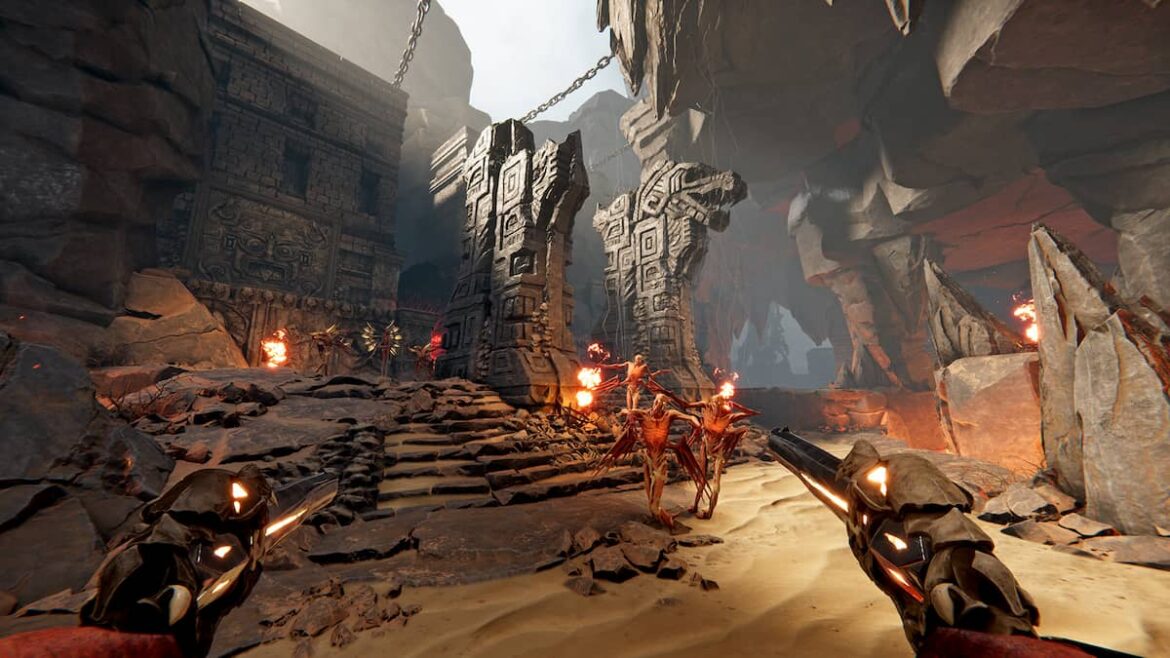 Metal: Hellsinger is a fast-paced rhythm-based arena FPS game that releases on September 15th, 2022 on PlayStation 5, Xbox Series X|S, and PC (Steam). It is developed by The Outsiders and published by Funcom and the hype around it seems to be constantly growing. Gamescom was pretty wild, two awards were handed to Metal: Hellsinger (Most Wanted PC Game and Best Action Game), and the live concert indeed raised some eyebrows.

Now, in anticipation of the game’s release in just a few days, players with Razer peripherals are wondering if they can have their room glow in the rhythm of the music from Metal: Hellsinger through the power of peripheral LED lights. Here’s what you need to know.

Fortunately enough, Metal: Hellsinger developers have struck a partnership with Razer to make this compatibility happen for maximum immersion in the game.

You can use the Razer Synapse to synchronize all compatible devices so that they glow in the same rhythm as the in-game music. Pretty amazing feature for late-night sessions in the dark!

And here is the promotional video from Razer that you can have a look into to see how the feature functions in real-time with the song where Randy Blythe from Lamb of God is the vocalist:

We certainly hope that this feature will make it easier for you to hit your enemies “on the beat” more successfully. If you are having struggles, feel free to check our How To Hit On Beat More Efficiently In Metal: Hellsinger guide.

In addition to that, please bookmark our Metal: Hellsinger game tag below since we’ll cover the game in-depth with a lot of guides so you know where to turn for help if you end up in a pickle during the game.