Can Fennekin be Shiny in Pokemon GO? – Answered

Don't let it fool you. 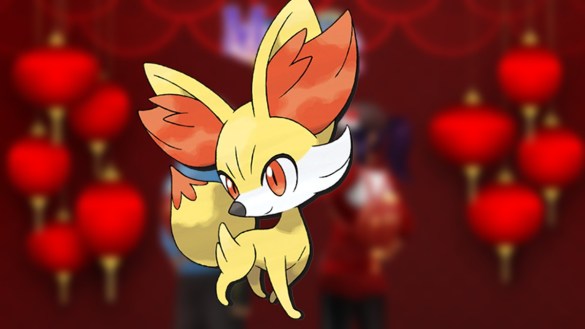 The Lunar New Year celebration is back in Pokemon GO and that means Fennekin has another chance to appear in the wild for Trainers. This is by no means the first appearance that the Fox Pokemon has made in GO, but it’s another chance to stock up on the starter from Kalos.

Aside from extra candy, it could be another chance to catch a shiny if the opportunity is there, but not every addition to GO has a shiny variation. Unlike the mainline games, Niantic tends to drip-feed new shiny variations through events so Trainers return. Our guide will cover whether Fennekin can be shiny in Pokemon GO and how you can make the most of the Lunar New Year event.

Pokemon GO – Can Fennekin be Shiny?

Despite appearing so frequently, Fennekin does not have a shiny form that Trainers can catch in Pokemon GO as of January 2023. The Fox Pokemon and Litten are two of the only first forms in the Lunar New Year event that still don’t have a shiny variation that can be caught.

With a full year ahead of us, it’s expected that Pokemon such as Fennekin and Froakie will finally get their shiny forms through featured Community Days. These take place once a month and typically place a spotlight on fan-favorite Pokemon that are hard to get a hold of otherwise.

Whether you’re waiting for a Community Day or taking advantage of the current event, catching a shiny in Pokemon GO is nearly always the same. Base odds in the wild are about 1 in 500 and having Lures running will save you a ton of time. During events like Community Days, the spawn rate goes up and so do the odds of finding a shiny.