Valve GabeStation 1 really has a lot of great titles to play. 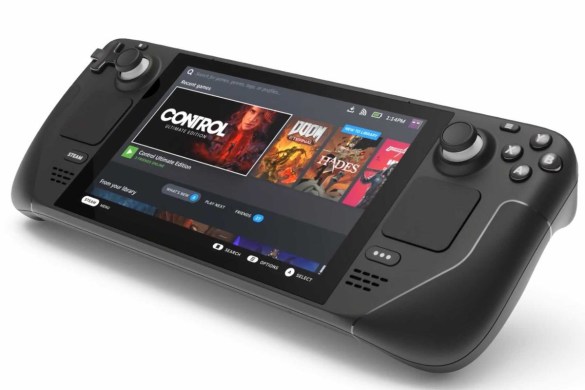 Steam Deck has gone full swing into the mobile/portable gaming market, and the community adores Valve’s portable PC. Sure, it has some limitations, but it’s a gift that keeps giving. If you haven’t bought a Steam Deck yet and like the idea of having a portable console/PC hybrid with a decent-sized screen, give it a try.

We’ve sorted 30 of the best Steam Deck games below. They are in alphabetical order with short descriptions because it was really hard to decide on 30 games, let alone to sort them by which one is the best. “Different strokes for different folks” and all that. We’ll try to make room for every popular genre and we’ll link guides for every game on this list that we have covered in the past.

One of the most famous horror games in recent times, which has already had its resurgence with a VR mod, now has another life breathed into it with Steam Deck compatibility. Don’t play this in the dark under your blanket.

Apex Legends is one of the most popular battle royale games that needs no formal introduction. It is still played by many players on all available platforms.

Cuphead is one of the most perfect games for a portable platform like this. The spirit of retro arcades and old-school cartoons lives happily within Cuphead.

Despite the rough launch of Cyberpunk 2077, the game “got there” eventually, through patches and what have you. It’s still worth giving it a shot.

Doom (2016) truly does not need a huge introduction. It’s a legendary franchise from id Software. You shoot aliens and stuff.

Elden Ring is a candidate for Game of the Year for many, without a doubt. The game is Steam Deck Verified and is one of the best ways to play.

Fallout 4 is one of the best games in the entire Fallout franchise, so it’s also worth considering investing some time into the game portably.

If you are into racing games, hop on to Forza Horizon 5.

Simply put, this list would not have been possible without God of War.

Related: How Old is Kratos in God of War Ragnarok?

Hades is the first rogue-lite title on this list. If you are into the genre, you’ll spend a lot of battery life on this game for sure.

Do you really think we wouldn’t put it on this list? It is sad that Half-Life 3 has not been confirmed by now, despite all the memes over the course of the past decade. It’s a shame that Valve just can’t count to three. If this is the case, just make a Half-Life/Portal/L4D2 crossover and call it something new. Players are thirsty for a new Valve FPS experience, Lord Gaben!

This is one of those violent, explosive, high energy, and ragequit-prone games (because you will need to retry some levels dozens of times) so don’t let your rage get the best of you(r Steam Deck).

Marvel’s Spider-Man Remastered carries the torch for Marvel Universe games on this list.

Metal Gear Rising is a game that’s atypical for the “Metal Gear” franchise, but it’s a hell of an experience, where you will control Raiden on his conquest towards slashing literally everything in front of him. Great soundtrack, great boss fights, decent story. A must-play.

Metal Gear Solid has been a household name for quite some time, and it’s definitely worth playing the fifth part.

For all of you team sport game lovers, we have singled out NBA 2K23 as a candidate for the top 30.

Related: What is Michael Jordan Challenge in NBA 2k23?

Neon White is a very fast-paced first-person shooter/platform crossover game. It has a niche audience, but it still kicks ass.

Even though No Man’s Sky has had a scandalous release, the game has been “repaired” since and now it’s in a pretty good state.

Phasmophobia is a great multiplayer ghost-hunting horror game. You have probably seen a lot of Let’s Play YouTubers and Twitch streamers play the hell out of it with their friends.

The last of the Valve trio that we are recommending for Steam Deck. Portal 2 is specifically great because of the Steam Workshop levels that can provide you days of fun after you clear the campaigns for single and multiplayer.

The card game representative in this list is Slay the Spire. Although it’s single-player, there are many hours of fun to be had in it. You can easily play it on the go.

Most of us at Prima Games love cats so it was inevitable to put it in here. Stray is an adventure/platform game in which you are playing as a cat. Enough said.

Super Meat Boy is another ragequit-inducing 2D platform game; we couldn’t not put it in here.

We are surprised, shocked, and our day is ruined because Todd Howard has not announced a Steam Deck-specific version of Skyrim by now.

Want some old-school beat-em-up action from the arcades? TMNT has you covered.

Some people refer to it as 2D Minecraft. It’s still fun, though!

Despite new content being late for about a year now, the game is still brilliant. You can spend a lot of hours in it alone, or with your friends. It’s has a large open-world with loads of stuff to do.

Vampire Survivors has a special place in heart of a couple of Vampire Survivors writers here, and it’s one of the most popular games on Steam Deck overall! It’s very cheap, worth a buy, and worth having fun with. If you get immersed in it, you will have dozens of hours of fun as you grind toward the end of the game. It simply reels you in and makes you 100% it. We have almost everything covered about this game here on Prima Games, so make sure to check our guides out if you get stuck.

The better title from CD Projekt RED on this list definitely deserves a spot as it’s an evergreen game that will be played for generations to come.

That’s about it for this list! We hope you’ve liked enough games from it to keep you busy for weeks, maybe months. See you soon since we’ll be updating it in 2023 when new games come out.