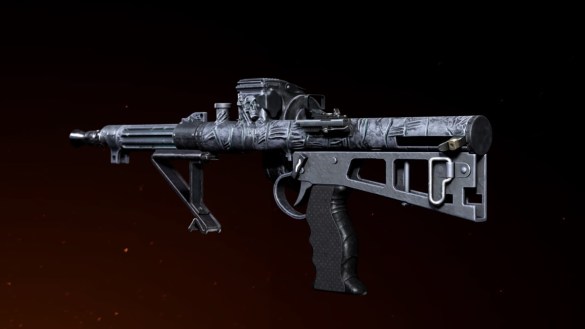 For a couple of seasons, nearly every loadout had an Owen Gun as a primary option or sniper support. In Call of Duty: Warzone Season 5 Reloaded, it has taken a backseat, but can still prove capable when you outfit the weapon in the best loadout possible.

There are some qualities that the Owen Gun has that never really went away. The submachine gun from Vanguard has a ton of control and it’s one of the best options for mid or close-range combat if you’re an SMG user. Having that meld between ranges is rare, and our loadout guide is going to outline exactly how to achieve that in Warzone Season 5 Reloaded.

The Owen Gun should really only be built one way in this season and that’s with primary slots in mind. We want to focus on the mid or close-range potential that the weapon has along with the high ammo capacity that allows for longer engagements on the battlefield. Below you can find all of the attachments you need.

First up we have the Recoil Booster which shouldn’t be a surprise. This provides more fire rate which is pivotal for a weapon that has so much control. We combine that muzzle with the Hockenson 305mm Precision barrel to ensure that the Owen Gun isn’t moving anywhere. Not only will control increase, but the headshot damage and ADS speed on the weapon will increase as well.

Next, we need some decent supporting attachments and all three are based around more control and accuracy. Both the Orbweaver Padded and the M1930 Strife Angled are going to help with stability and the overall accuracy of the submachine gun. The Taped Grip is the last piece to the control puzzle and it will ensure that every bullet goes straight while also providing some swapping quickness.

As always, the last integral slot for any weapon loadout in Warzone Season 5 Reloaded is the magazine. In this case, we want the 7.62 Gorenko 72 Round Drums. These will provide a ton of capacity for the Owen Gun while also helping with fire rate and even more control. Add the Lengthened ammunition as well and you’ll be beaming enemies without your sight moving an inch.