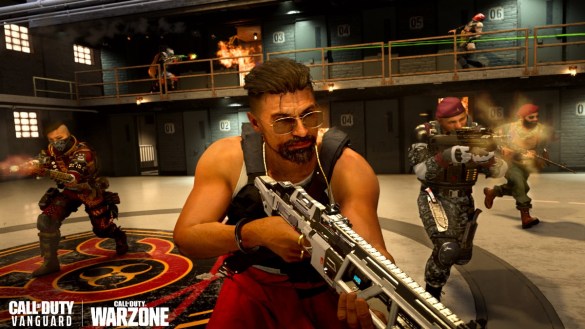 With the Warzone Season 5 Reloaded midseason update implemented, this could be one of the final iterations of the battle royale that we get. Along with the addition of the BP50, this tier list of the best assault rifles could be the complete list as Warzone 2.0 gets ready for release.

As always, Raven Software made changes to a handful of ARs in order to shake up the meta that started in Season 5. Some of the top contenders were taken down a notch, and weapons that were on the edge of the meta have moved up. To get a full concept of the meta, keep reading through our full assault rifle tier list in Season 5 Reloaded.

Weapons like the Grau 5.56 and the Automaton were near the top of the meta at the beginning of the season, but now they’ve taken a backseat. Sleeper picks like the XM4 and the AMAX are becoming more popular while the STG44 reigns supreme. In between, you’ll find many other familiar AR names. Keep in mind that this list is in our own opinion on the meta and is meant to be as accurate as possible, but may vary compared to other lists.

There are two new weapons in the top tier of assault rifles. Those are the brand new BP50 and the XM4. While it was expected that the BP50 would make a shift in the meta, the XM4 rising back up is a welcome surprise that Cold War fans can latch onto.

A-Tier assault rifles were thinned out and also received some new additions from the top tier. The most notable is the Automation and the Grau 5.56. With their downfall, we also saw a boost to the EM2 and the CR-56 AMAX, so even more options are available.

This tier is always one of the largest, and that’s when you know the game is at a balanced spot. Many of these weapons are viable but won’t win you any competition. If you’re in it for the fun of a loadout, then weapons like the Krig-6 and the M4A1 are still great options.

We’re getting to the lower ranks of assault rifles in Warzone Season 5 Reloaded and many of these have been forgotten. The Scar and the AN-94 are awesome to test but will ultimately fall flat. With a few adjustments, they could be in the middle tier.

Now that the midseason update of the final season of Warzone is here, these weapons are likely screwed. Not only have they been in the D-tier of most tier lists for a long time, but they haven’t had any real changes. The Oden got slight adjustments to velocity, but it’s not enough.