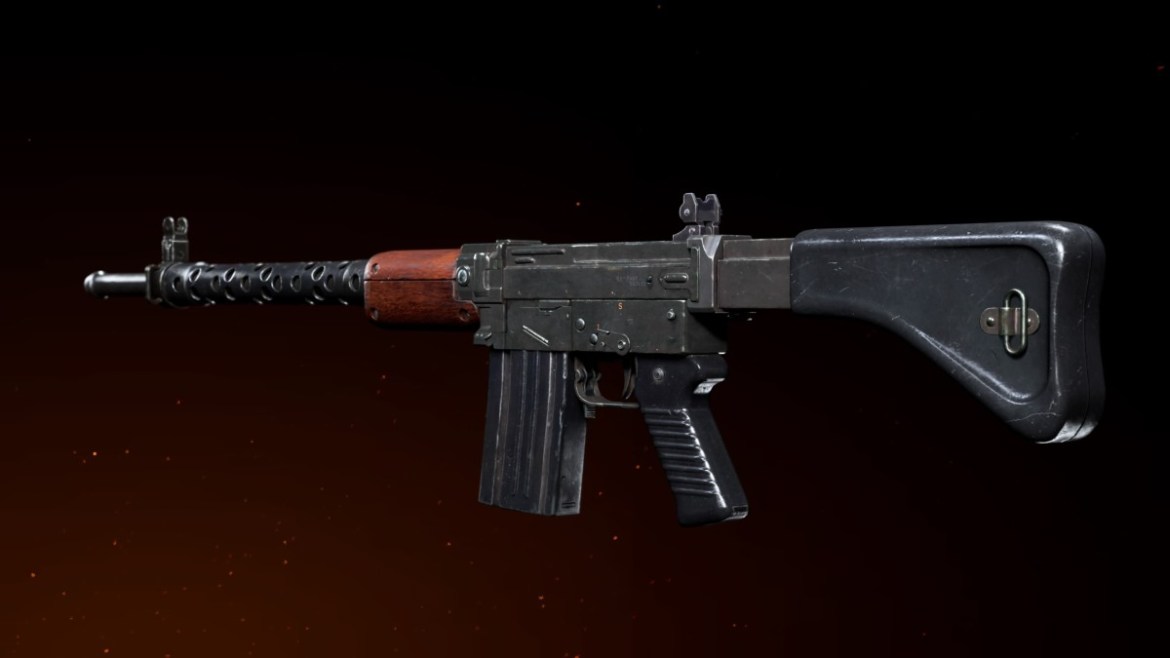 One of the two new weapons brought to Warzone Season 5 Reloaded is the Lienna 57 light machine gun. This weapon is based on mid-range gameplay and prioritizes stability over speed in most situations. The goal is to laser your enemies with sustained precision when you have the right loadout.

At the moment, the weapon can only be found as ground loot and that has given players some time to try the weapon out first-hand. In the meantime, we can see all the possible attachments in the Vanguard Gunsmith. While some of the attachment stats are sure to change when the Lienna 57 unlocks in Warzone, there is a fairly reliable formula for LMGs. Below you’ll find all the attachments you need to create the best Lienna loadout.

The mid-season update was just released, so it can be hard to tell how to build the new LMG. However, based on the stats of the weapon and the intended use, we’re going for the standard ranged build used for most light machine guns. Stability, range, and damage are our friends in this loadout. Below you’ll find all of the attachments you need for the Lienna 57 ranged build.

First up we have the barrel-type attachments to consider. The MX Silencer is standard for any LMG that is built to decimate players at mid to long range. You’ll get sound suppression on top of accuracy and control that’s hard to beat. We want to pair this with the FREI 432mm Shrouded barrel that boosts almost all of the stability on the Lienna 57. Not only is there more control overall, but sway and flinch resistance are also reduced.

Moving on to the supporting attachments, there should be the same standard focus as other weapons like the UGM-8. Both the M1930 Strife Angled and the Polymer Grip should be equipped. The two of these together help a ton with stability and sustained fire, which are integral for a ranged LMG loadout. Add the Wenger NH Adjustable stock to ensure you have plenty of aim walk movement speed and accuracy.

Our last focus is on the ammunition used for the Lienna 57. We went with the 8mm Klauser 54 Round Drums. In Warzone Season 5 Reloaded, that capacity will likely be increased, so that shouldn’t be an issue. Otherwise, they provide more fire rate and control overall, making the weapon laser accurate. You can opt for the .30 Russian Short drums, but you’ll lose control. Make sure to add the Lengthened ammo for bullet velocity as well.