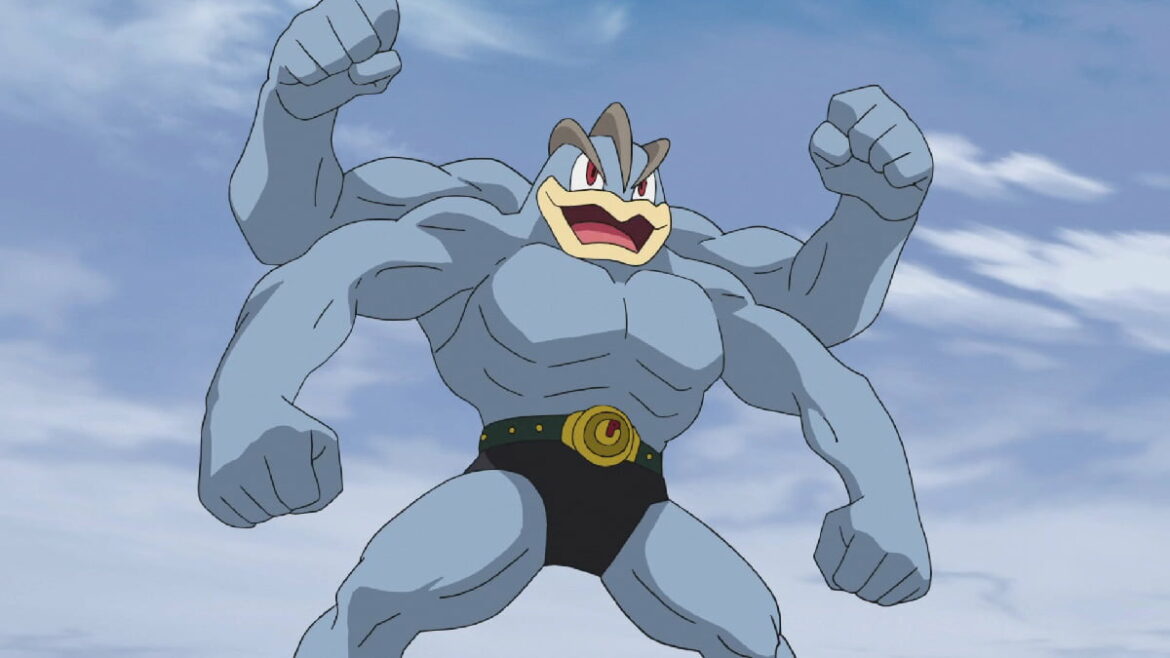 Pokemon Go has numerous limited-time events and raids for you to participate in. Whether you’re fighting alongside others in a raid or just wandering outside to catch a few Pokemon, having a strong team will help you in any situation. One Pokemon you may be eager to obtain and strengthen is Machamp. This muscled, four-armed powerhouse evolves from Machoke using 100 Candies and can devastate entire parties if you use the right moves. Continue reading to learn the best moveset for Machamp in Pokemon Go.

The best moveset to use with Machamp is Counter and Dynamic Punch. Hosting the best DPS-to-EPS ratios compared to its other moves, using these two moves will ensure you consistently deal heavy damage without quickly running out of energy. While a move like Close Combat deals more damage, its energy usage is over double that of Dynamic Punch, making it less viable in most battles.

Similarly, while moves like Stone Edge and Payback deal more damage, they do not benefit from Same-type bonuses. Since Machamp is a Fighting-type Pokemon, using Fighting-type moves provides a 20% damage bonus with each attack. Counter and Dynamic Punch satisfy the same-type requirement, giving you increased strength during every fight.

Despite this moveset providing Machamp with a noticeable advantage during your Pokemon Go battles, it’s important to consider what Pokemon you’re facing. If your opponent uses Rock, Bug, or Dark-type Pokemon, Machamp should not have too many issues against them since Fighting moves are effective against these three types.

However, if you’re against Flying, Psychic or Fairy-type Pokemon, you’ll want to be much more careful. Machamp is weak against these three moves and, depending on their movesets, can quickly turn the tides of a fight. If you have no choice but to use Machamp against one of these three types, using Counter and Dynamic Punch will help you deal as much damage as possible and may even defeat the Pokemon if they’re relatively weak or low HP.

Pokemon Go is available to play on Android and iOS devices through the official website. For more information about the game, check out How to Get Shadow Latios and How to Battle With Your Buddy.