He's back, my mans. Are you ready? 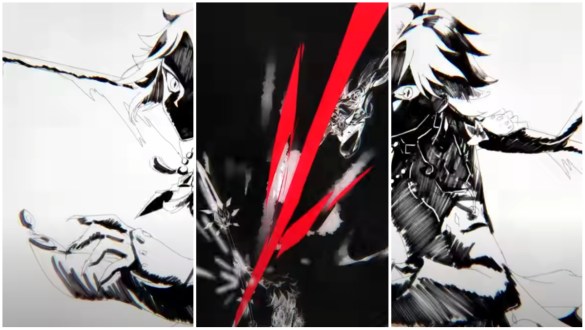 The next Lantern Rite is coming to Genshin Impact, and along with the marvelous characters we have come to know and love within Liyue, we are reintroduced to Xiao’s next rerun. Xiao has always held a special place amongst fans and HoYoverse alike, both in the story and build. Though he’d been out for a year and more, HoYoverse still created a set that made him exponentially stronger. And as The Traveler returns for the yearly ceremony, we are greeted with his banner. Let us see how much he’s changed and what weapons and artifact sets now suit him since his last run.

A Puzzle-Breaking Dash and a Devastating Plunge

Obviously, Xiao’s Skills won’t have changed since he was released, but for those who may be new to his build or his character, here is a breakdown of his abilities. Leminscatic Wind Cycle is Xiao’s lunge attack, he can use it twice at C0 and it’ll deal some pretty impressive Anemo damage as he targets and breaks through enemies. It can be used in mid-air which can make for some easier combinations when it comes to using his Skill in the midst of his Burst. It’s also been pretty valuable when it comes to breaking through certain puzzles that events circle around. Not quite as flexible as Kazuha, Venti, and Scaramouche, but it can prove to help between gaps and can be used for zipping between roofs and treetops alike.

Xiao’s Burst is pretty simple compared to the newer builds that have been coming out recently and, on the surface, can look limited in his capacity to target enemies. But through combing his Skill and timing his Burst right, you can unleash devastating Anemo damage to just about any enemy, regardless of whether it’s a Hilichurl or a World Boss. In Bane of All Evil, Xiao adorns his Adeptus mask and unlocks the ability to jump higher, branch out in a wider AOE to attack enemies with Anemo damage, and his attack for both hitting enemies and capturing them in his AOE are greatly increased. Additionally, thanks to one of his passives, Tamer of Demons, his damage will only increase the longer the Burst continues until the timer is up.

The Grind for the Right Genshin Impact Weapon

When Xiao was first released, I was fairly new to the game and the issue became what weapon to put on him. Sure, there are lots of five-star weapons, but in the Standard banner, those aren’t guaranteed, and the Rotational Weapon’s banner is incredibly difficult, with the odds pretty much stacked against you. Even if you wanted to try for the four-start weapons on the banner, it is not guaranteed that you will get the polearm of that series. And if you’re using all of your wishes on the character banner then how many are left for the weapon?

Luckily, Xiao is a flexible character, you just need to play around his strengths. Here’s a list starting from the five-stars and ending at three stars on what weapons are good for Xiao.

As you can see, Xiao has a ton of different options that each come with their own boons and banes, such as being pricey to get if you have limited Primogems therefore likely having limited Starglitter. You may be a person who has excellent saving skills though, so some of these options are entirely viable. The list is just included for a range of all types given that Xiao was very picky when I started out, but naturally, his best weapon will be Primordial Jade. Close runner-ups, in my opinion, would be any weapon based on Crit in the four-star range, and White Tassel for early builders is a very underrated weapon. Lithic Spear and Prototype are probably my favorites afterward since their passives can help build up Xiao’s capabilities and are fairly friendly.

Xiao has a couple of options you can go to when building him. The long-standing Artifact Set of choice was naturally the Viridescent Venerer with two pieces that would increase Anemo damage by 15 percent and at four pieces would increase Swirl damage by 60 percent while decreasing Enemies’ Resistance to those Elements by 40 percent. Now for Xiao’s particular build, you wouldn’t really want to build him to do Swirl damage because Xiao’s purpose is to provide flat Anemo damage and the Swirl is a nice little mint leaf on the top of your Almond Tofu. So your best build with VV is to combine it with an attack-boosting set, such as Gladiator. This makes it easier for a lot of players because you’ll likely gain a lot of Gladiator sets from dealing with Bosses. Then all you need to get is two decent VV artifacts and your Xiao is pretty much set.

The nice thing about having two-piece, two-piece sets is that you don’t have to worry about getting great artifacts for four pieces and then plan around your off-piece, the one that’s often different and usually dedicated towards Elemental Bonus Damage in the Goblet Slot. But for more of these description-heavy artifacts that have been released, sometimes getting decent artifacts and that four-piece effect can still do significant damage.

In the newer domain, Hoyoverse has given us the option of an upgrade that could potentially offer you better numbers if you get lucky on some of the drops from The Lost Valley Domain. Located in the overworld Chasm, The Lost Valley offers two different sets with one of them being Vermillion Hereafter and the other is Echoes of an Offering. Vermillion Hereafter is a peculiar set but one that does well on Xiao. At two pieces, it’ll increase Attack by 18 percent, which is standard for all of the Attack-Bonus pieces that exist across Genshin, but at four pieces, it begins to apply to Xiao and units like him specifically. Though it has a lot of pretty words, it sums down to once a character uses their Elemental Burst, their attack will increase by eight percent over a duration of 16 seconds. However, whenever the character’s HP is decreased, they will gain a 10 percent Attack that can occur every 0.8 seconds and stack up to four times. Due to the four-piece effect, Xiao can gain additional damage to his Burst while earning additional damage to both his passive as his Burst lasts and thanks to his artifact set that will give him boosts even when he’s taking damage or losing it due to his Burst.

You don’t need to use Vermillion Hereafter; it is a good option that was created with the intention of equipping on Xiao. But artifacts are hard to come by, especially good pieces that roll in your favor. The fun thing about him is that since he was an earlier creation of Hoyoverse, his kit isn’t overly complicated therefore making him much easier to handle and equip, at least in the hardest aspect of the game; grinding for artifacts.

Artifacts Stats – Simple and Clean if You Roll Lucky

Xiao is a straightforward DPS; the type of main stats you will want on your Sands, Goblet, and Crown are the same as any other DPS. No matter what set you use or what combination you decide to throw on him, even if it’s down to throwing three-star Artifacts on him for the sake of having some bonus effect, you’re going to want to follow the DPS formula. Attack Percentage is the way to go for his Sands, Anemo Damage Bonus is going to be the best option for him on his Goblet, and depending on his Crit ratio, you’re going to want to use either a Crit Rate or a Crit Damage Crown. His Crit Ratio is entirely dependent on what weapon he is; if he has a Crit Damage Weapon, he will need Crit Rate as his Crown, and vice versa if he has a Crit Rate weapon. If your only options for weapons are Attack or Elemental Mastery or Energy Recharge, then a good rule of thumb is to focus on Crit Damage for your Crown while aiming for Crit Rate in your artifacts. Additional Crit damage never hurts, but you’re going to want to make sure each of your artifacts has some form of Crit Rate added to it.

Crown all of the branches, he deserves it. On a more realistic note, as a DPS, Xiao’s priority Talent Branch should be his Burst, with Crowning being highly recommended. You won’t be disappointed. As an avid lover of Xiao for as long as his first run when he barely decided to come home a terrifying few hours before the server closed his banner, I also like his Skill Crowned. It seems silly, but when his dash does equally as much damage as his initial hit of AOE damage in his Burst, it’s almost as laughable as Ushi destroying Itto’s opponents before he can set up his Superlative Superstrength Stacks. And unlike characters such as Xingqui, Kazuha, and Shinobu, even leveling his Normal Attack to around Six or more can still offer Xiao to do plenty of damage on the field when he’s not actually utilizing his Burst or his Skills.

Xiao’s the type of character that displays the amount of work that you put into him. What do you think? Will you be wishing him home?