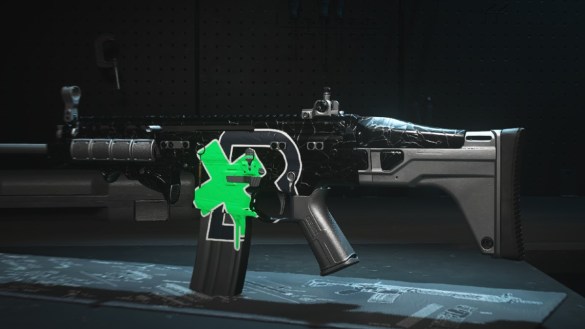 Without a doubt, assault rifles are the strongest weapon class in Modern Warfare 2. They can easily keep up with nearly every other class on their own playing field and they are fairly easy to use. But there can only be a few ARs that are considered the best in MW2.

With the latest M13B added to the game and the Chimera just a few days away now, the assault rifle class is also the most extensive. There is an option for every player out there and each rifle offers up something unique on the battlefield. In this guide though, we’ll discuss which assault rifles are the best in Modern Warfare 2 and why they stand out among the rest of the pack.

Related: Why Are Weapons Renamed in Call of Duty MW2

Modern Warfare 2 – What is the Best Assault Rifle?

Until the Season 1 Reloaded update drops, the answer to the best assault rifle in MW2 is pretty cut and dry. At the top of the meta, we have the Kastov-74u. While it may lack some range, it’s usually not a problem in multiplayer and there’s a reason it was one of the first weapons thrown into a gentleman’s agreement in the Call of Duty League. The Kastov-74u plays like an assault rifle and can kill in two shots to the head. But it also can outgun submachine guns up close.

After the Kastov-74u, there are essentially two assault rifles that could be considered the best, and they fill different roles. The M4 has maintained a top spot in the meta since launch and it hasn’t budged. It has similar versatility to the Kastov and the time-to-kill even with body shots is insanely fast. This was the next weapon to enter the GA pool after the STB 556, but the STB seems to have been a jerk reaction.

Both the STB 556 and the TAQ-56 fill similar roles. As you watch the CDL in the coming weeks, or if you play competitive Modern Warfare 2, you’re bound to see the TAQ-56. This weapon has tons of control and fantastic range while maintaining high damage in each shot. The only major difference is it won’t beat the M4 and the Kastov up close. Season 1 Reloaded could change these rankings with some weapon tuning, but we’ll have to wait and see.