Have a look at these great new items! 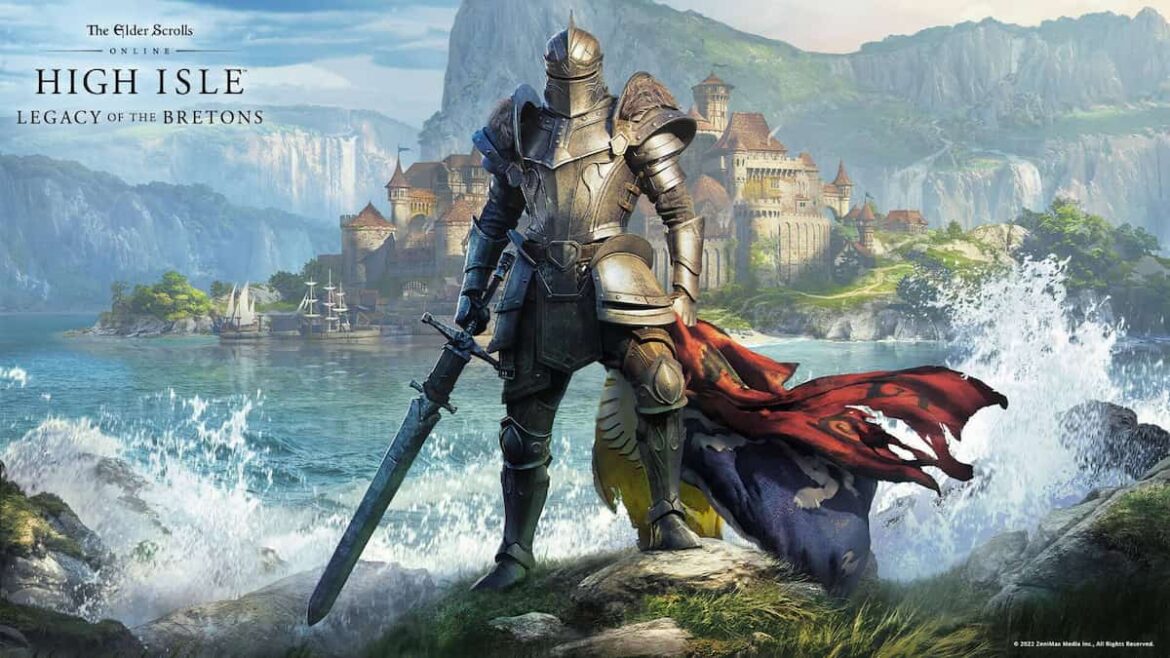 On June 6th, 2022, Bethesda released the High Isle Update 34, which introduced quite a few items and item sets. In this article, we’ll go over the Mythic items that have been added with this patch. There are new zones that you can explore (High Isle and Amenos) which are located southwest of Tamriel. There are five new Mythic Items in the High Isle update, which we will cover below.

While Sprinting gain a stack of Draconic Scales every 0.5 seconds, granting you 660 Armor, up to 20 stacks max. Upon stopping you deal Physical Damage per stack in an 8 meter shockwave, gain a damage shield equal to damage dealt, and retain Draconic Scales for 10 seconds but cannot gain new stacks. At 20 stacks, this damage will also stun for 3 seconds. The damage scales off the higher of your Physical or Spell Resistance.

You need to find five leads in High Isle and Amenos in order to obtain the Sabatons:

Related: How to Get the New Companions in Elder Scrolls Online High Isle Chapter Update

Roll Dodge no longer evades attack and instead grants a damage shield that absorbs up to 20990 damage over 1 second. This damage shield is unaffected by Battle Spirit.

Leads for this item are:

Related: How to Join and Leave Guilds in ESO

Five leads in High Isle and Amenos for Mora’s Whispers are:

Related: What are the minimum PC Requirements for ESO?

Related: How to Increase FPS in ESO

While at full Health, you gain 40% damage reduction. After taking damage while at full Health in combat, you gain Serpent’s Rebuke for 10 seconds, snaring yourself by 40% and gaining Major Berserk and Major Courage, increasing your damage done by 10% and Weapon and Spell Damage by 430.The damage reduction does not apply while Serpent’s Rebuke is active.

Five Leads for the Coil are: