All Eeveelutions and How to Evolve Eevee in Pokemon Scarlet & Violet 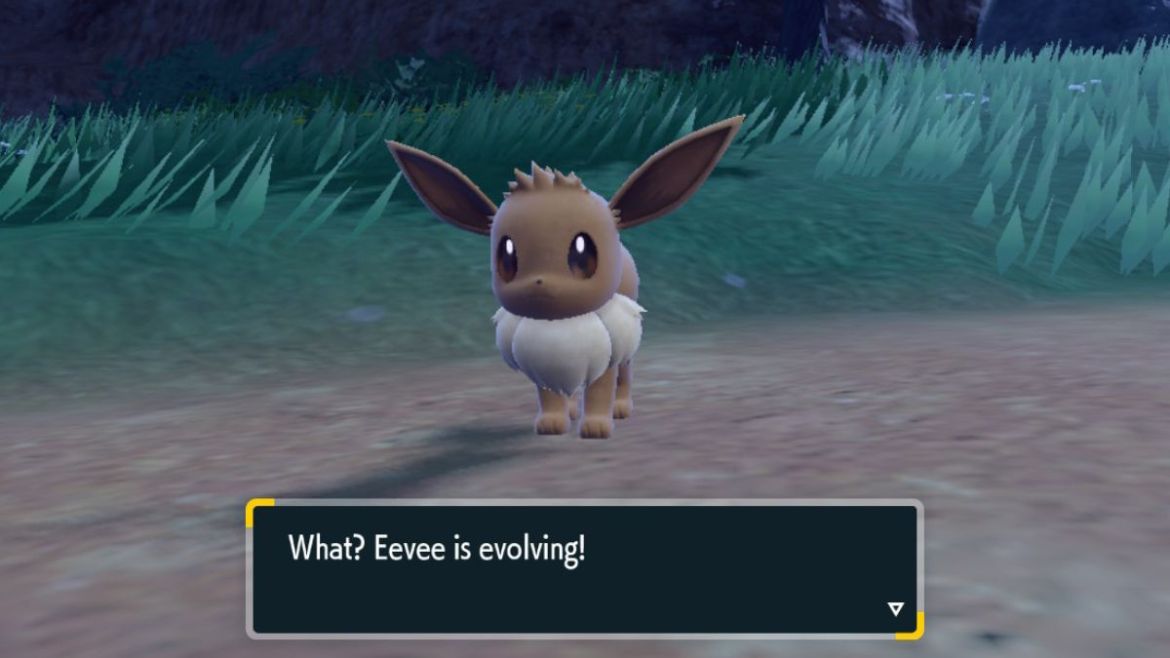 Eevee and its evolutions are back in Gen 9, meaning you can evolve all eight of them in the Paldea region, including fan-favorites Sylveon, Umbreon, and Espeon. Here’s how to get all of the Eeveelutions in Pokemon Scarlet and Violet.

Every Eevee Evolution in Pokemon Scarlet and Violet

As mentioned above, all eight of Eevee’s evolutions are in both Scarlet and Violet. If you need a refresher on what they are, here’s a list (click on a Pokemon to automatically scroll to that section of this guide):

And if you’ve yet to catch an Eevee in the first place, head on over to our How to Get Eevee in Pokemon Scarlet & Violet guide.

How to Evolve Every Eeveelution in Pokemon Scarlet and Violet

Note that you can actually catch every single one of Eevee’s evolutions in the Paldea region. Some spawn randomly in the wild, while some appear as special overworld Tera type battles. So you can go out there and get them without the hassle of evolving if you’d like, but where’s the fun in that?

Related: How to Know Where to Go Next in Pokémon Scarlet and Violet

How to Evolve Eevee into Jolteon

To evolve your Eevee into Jolteon, you need to use a Thunder Stone. You can either buy one from Delibird Presents after beating three Gym Leaders or pick one up in the wild. There’s a guaranteed spawn on top of a turbine in West Province (Area One).

How to Evolve Eevee into Flareon

For Flareon, you’ll need a Fire Stone. Again, you can grab one from Delibird Presents once you’ve defeated three Gyms or you can find them on the floor randomly in East Province (Area Three).

How to Evolve Eevee into Vaporeon

Vaporeon is another ‘mon that evolves using an Evolution Stone – a Water Stone this time. Drop some Pokedollars on one at Delibird Presents once three Gyms have been beaten, or pick one up randomly around Cascarrafa, usually behind the Gym somewhere.

How to Evolve Eevee into Espeon

To evolve Espeon, you need to get its friendship level high enough. This is easily done via Gen 9’s Picnic feature; play ball with it, feed it sandwiches, and bathe it. You can also feed it certain types of Berries, but note that this may cause a random stat to decrease depending on which one you give it.

When you feel as though its friendship level is high, level the Pokemon up by one level during the day. Daytime is important or you’ll end up with Umbreon. If it doesn’t level, work on your friendship a bit more and try again.

How to Evolve Eevee into Umbreon

Umbreon’s evolution method is almost the same as Espeon’s, except you must level it up at nighttime. To refresh, raise your friendship level with the Pokemon until it’s high by using the Picnic feature and/or Berries, and then evolve it once the sun goes down.

If it doesn’t trigger the evolution, you need to increase the friendship level more.

How to Evolve Eevee into Glaceon

For Glaceon, it’s back to the Evolution Stones again – an Ice Stone, specifically. Unlike the others, Ice Stones are not sold by Delibird Presents so you’ll need to find one. They’re an exclusive pickup on Glaseado Mountain and spawn randomly so make sure you interact with every sparkling spot you see in the snowy area.

How to Evolve Eevee into Leafeon

Leafeon’s evolution is triggered by a Leaf Stone. You can buy this one at Delibird Presents after beating three Gym Leaders. Alternatively, you can grab one off the floor in Tagtree Thicket, which is south of North Province (Area One), near the Team Star Poison Crew Base.

How to Evolve Eevee into Sylveon

Finally, Sylveon’s evolution requires two things: it knowing a Fairy-type move and high friendship. Use the Picnic feature and/or Berries to increase its friendship, and make sure your Eevee learns the Fairy-type move Baby Doll Eyes at level 15. If you skipped the request to learn it, you can make the Pokemon remember it in the Moves and Stats menu of its Summary.

Once your Eevee knows a Fairy-type move and has high friendship, simply evolve it one time and the evolution into Sylveon will trigger.