All Characters in Minecraft SpongeBob DLC 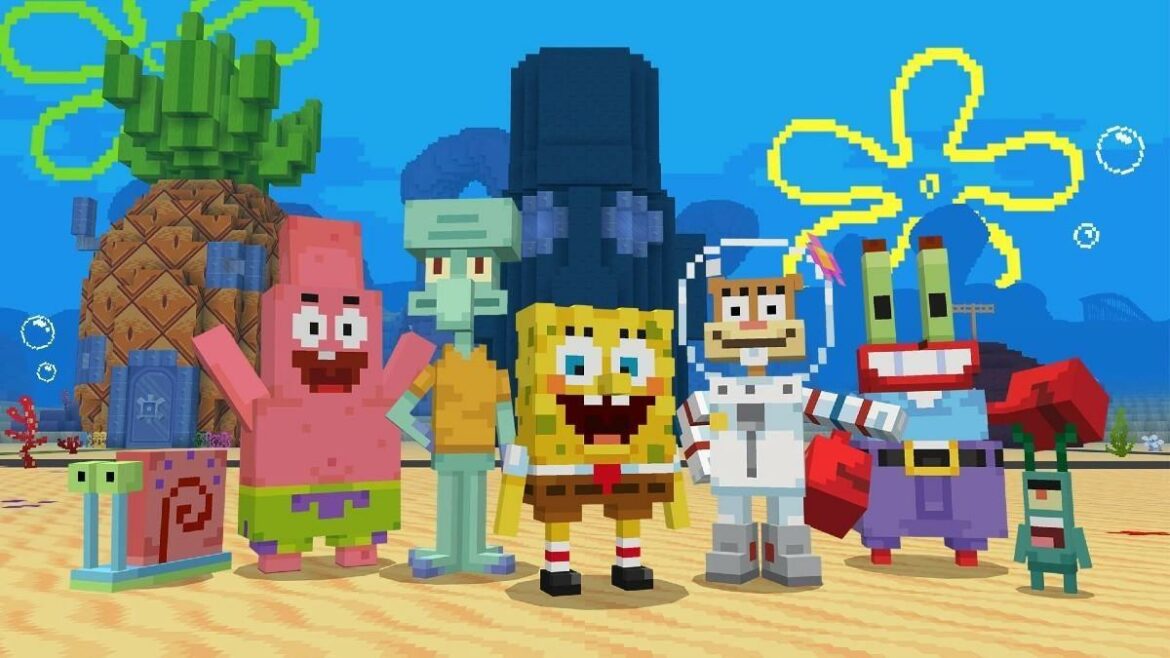 That’s right – your favorite sponge has come to your favorite sandbox title. The newest Minecraft DLC features Bikini Bottom made of blocks with some of its famous characters including Sandy, Patrick, and Krusty Krab. You can also burger-flip like a pro and explore the blocky Jellyfish Fields. Keep on reading for the list of all characters in the Minecraft SpongeBob Squarepants DLC.

Which Characters are in the Minecraft SpongeBob DLC?

This immersive DLC wouldn’t be complete without SpongeBob’s crew. The list of characters is quite big and some of the most popular ones include Patrick Star, Squidward Tentacles, Eugene H. Krabs, Gary the Snail, and Sandy Cheeks.

The SpongeBob SquarePants DLC was designed by Spark Universe, which has already created Minecraft-related content in the past such as a set of quests for the game’s Caves and Cliffs update.

Related: Was Herobrine Ever in Minecraft? – Answered

The DLC costs 1,340 Minecraft coins, but SpongeBob himself can be brought into the game for free from the Minecraft marketplace.

SpongeBob and his pals are already up for grabs. Don’t forget to find all collectibles and items while you relax at the blocky Reef Cinema.

For more Minecraft content, check out our other articles, including How to Change Your Minecraft Skin in Java, Bedrock, and PE and How to Read the Minecraft Enchanting Table Language, or click on the tag below the article to view our archives.