Vampire Survivors: Legacy of the Moonspell Review | Madness of the Snowy Night 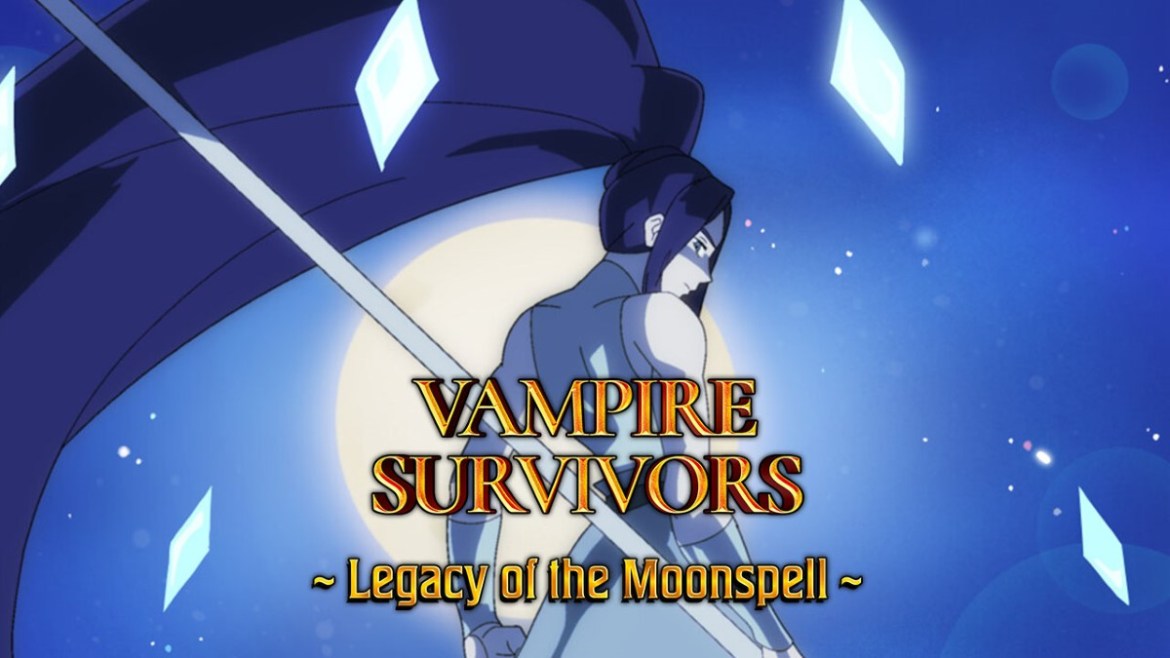 Well, this was certainly a busy night for me. I preyed upon Steam notifications to wait for the glorious announcement which was a long-expected starting gun sound for me to start racing toward unlocking the new content. I didn’t know exactly what to expect, but it seems that Poncle has done a decent job at moving outside of its comfort zone. This time, we do not have a level that is just one “tile” repeating itself in all directions. Instead, we have a complete RPG-like level, similar to old-school RPGs. This, of course, includes buildings, caves, different “biomes,” etc.

A Twist In My Vampire Sobriety

Upon landing on the new stage, I opened the map to see what was up. There was a lot of new stuff, and I started exploring (please be advised, there’s no classic map with roads, topography, and all that, so you’ll need to memorize the layouts) and I truly like the spinoff they made here. One regret is that they didn’t put in more quests like kill 6,000 Kappa because I legit felt like doing “From Point A to Point B” quests a bit to break the usual farming pattern I have while playing Vampire Survivors. Still, I feel it’s fine for the most part, given that this is a rogue-lite game with no specific storyline or plot, after all.

So simple, yet so addicting. Just when I thought I was done with the game, having unlocked everything, they released a mobile version where you can’t transfer your save (yet!). Just when I am done with that, they release a DLC. They won’t let me go! And now, I will never financially recover from this DLC purchase. SEND HELP! SEND HELP NOW!

Should You Buy Legacy of the Moonspell DLC? Is it Really Worth Buying?

By all means, yes. Poncle resolved the piracy issue by keeping the game extraordinarily cheap. Until December 22, it is on offer on Steam for $1.79 (down from $1.99). It will take you 2-4 hours to get through the entirety of the content, so you get your money’s worth. People are comparing it to various food from various fast food chains in the U.S.A., and it never stops being funny. Poncle is an indie team that is very interactive with the community, and I feel they deserve this pocket change. I hope that they will owe up to their promise of porting the game to a new engine, for optimization purposes.

Related: Need for Speed Unbound Review | Gotta Be Kiddin’ Me

Sadly, Poncle still did not complete the transition to a new game engine which should fix the performance issue. If you didn’t have any performance issues in the game, you didn’t get far enough yet. Even the most refined GPUs struggle when true bullet hell comes to play when playing endgame characters. It’s a small indie team; they released it on PC, then they released it on Xbox, and then they made Vampire Survivors happen on Android and iOS.

The mobile version perhaps came a bit too late after many clones milked the trend, but the Google Play version of Vampire Survivors is closing in on 1 million downloads right now. I feel it might have been a better idea to deal with the engine issue first, but they probably have some reasonable reason for this delay, or they wanted to pick up the hype from their v1.0 release to gain funds for the optimization. Poncle seems very trustworthy, so we’ll give them space and time to fulfill their promises. It is hard to play the game when all these effects are playing out simultaneously, and it takes 10 seconds for 1 second in-game to pass.

Related: Choo Choo Charles Review | Not for the Siderodromoarachnophobiacs

The author purchased a copy of this game for review purposes.