Need for Speed Unbound Review | Gotta Be Kiddin’ Me 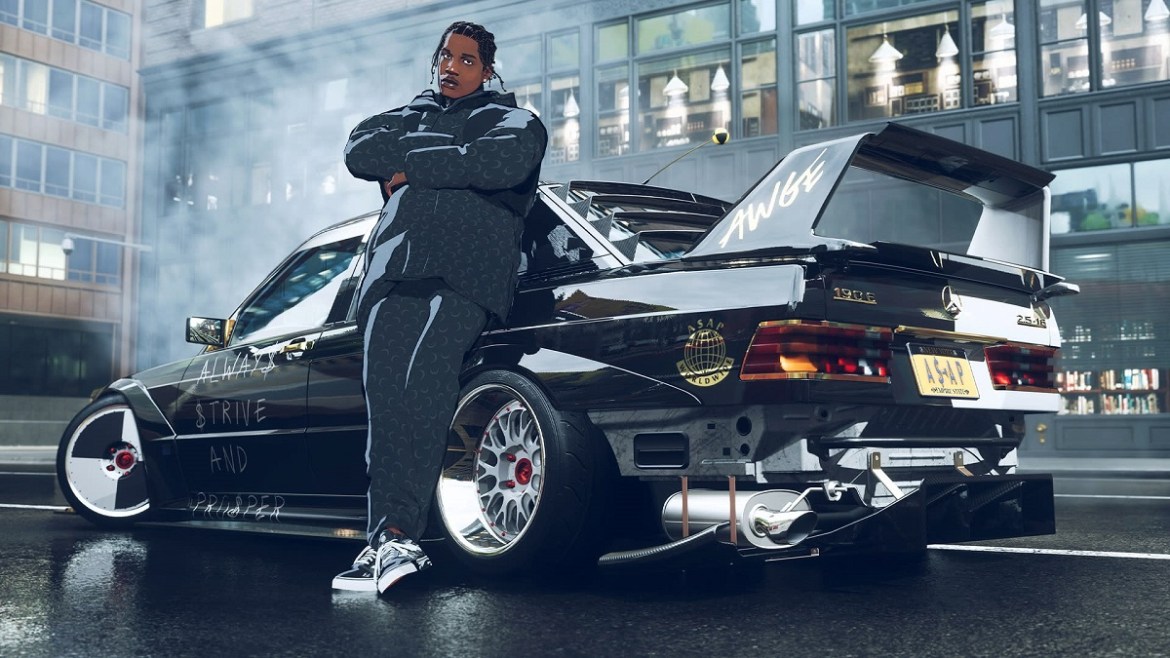 Expectations were high when it was revealed that Criterion would once again be working on the new Need for Speed games, since the former creators of the Burnout series and two excellent reboots, Hot Pursuit and Most Wanted, were always a guarantee of excellence and creativity. So, what’s there to say about Need for Speed Unbound, released less than two months after it was first announced? With its unique design and effects, it promised something entirely new for the series, but did it actually deliver on that promise? Well, let’s find out.

In my opinion, it would appear as though Criterion may have had very little time to develop Unbound after toiling away on other side projects for EA, so that entire reboot thing doesn’t seem to have happened after all. Instead, we got a game that only looks different on the surface. But wait – little time for development, you say? Hasn’t it been so many years? Well, time passed, that’s for certain, but it really doesn’t look like Unbound got any serious development time, regardless.

If that is not the case, then this really isn’t the Criterion we knew. The “new” Need for Speed has so much in common with the previous three releases, especially with Heat, that it doesn’t seem like a promised fresh reboot of the series at all, but could easily pass as the fourth game in the Ghost studio series.

For starters, the legacy Frostbite engine leads me to this comparison, as do numerous mechanics that are highly comparable, if not inferior, to the prior games. For example, it is impossible to change from day to night at any time, and quick travel does not exist in its typical form. Apart from that, everything else is so similar, even the over-the-top Zoomer-focused story, only the characters are now cell-shaded, and they somehow found a way to make them even edgier.

The new city of Lakeshore serves as the backdrop for another street racing drama, with a plot resembling a few NFS “narrative high points.” You’ve been screwed over, your car has been stolen, and you have to work your way up the street racing social pyramid while avoiding corrupt cops sent by even more corrupt politicians who want to end street racing once and for all – because they’re evil. It’s basically Heat, but with cartoonish characters and poorer acting.

Okay, but the graphics are at least attractive… Well, sure, it appears that layers were added merely to make the game more unique because, without them, it’s dangerously similar to the 2019 edition. The map is bigger and better designed, and the anime-like characters and all those crazy effects look cool, but you’ll get used to them, and it won’t matter much when you grind the same races because you can’t collect enough cash to progress in the game’s slow beginning.

Speaking of effects, while it appeared as though you would be able to turn them off completely, all you can do is not equip the “tags” that give you a different smoke effect and 2D wings on your car, but all of your opponents will still have them, and it’s not like those are only “anime effects” in the game. So, let me repeat that – you can’t really turn off the effects. Not fully, anyway, so don’t go in expecting to.

I don’t understand how some people keep talking about turning off the effects – have they even played the game? I say leave them on because Unbound loses some of its authenticity without them. However, I couldn’t shake the impression that all those hastily scribbled lines that appear on the screen are some kind of metaphor for how quickly I feel that this game was scribbled into existence.

EA really wanted to make it stylish – characters can dress in branded clothing, just like in Heat, but only managed to supply a few more big brands this time. Car upgrades and tuning are identical to Heat, even down to the same exhaust sound sliders; the only new novelty in that department is that you can strip your car of some parts and expose the insides then drive it like that, like some kind of freak.

Yes, there are some new, more stylish pieces of vinyl, but from the new Criterion Need for Speed game with what’s meant to be a completely different vibe and design, I expected it not to share a single pixel with the previous three games. Sadly, that’s far from the case here.

The technical aspects are at least in place, after suffering throughout the whole last generation with a 30FPS cap even on the PlayStation 4 Pro and some not-so-great PC ports. Unbound works properly. It’s hard to believe that this is the first Need for Speed console game since the ancient 90s sequels that actually run at 60FPS.

When EA said that the new Need for Speed will only be for next-gen systems because of the completely new physics designed to support high-FPS gameplay, I honestly expected a 120FPS mode, which works great in many racing titles on the PlayStation 5, but nope – it’s just 60. Still, for EA and Need for Speed on consoles, it’s a breakthrough.

The Frostbite engine that struggled with the last generation now finally breathes properly on the new consoles, there are no performance/quality modes and similar nonsense, the game works in 4K 60FPS… And that’s it – perhaps the most positive things I will remember about Unbound.

You Gotta Work for that Muffler, Son

I feel like all the other innovations seem like they were thought up on the spot and added in. The ability to side-bet in races doesn’t seem like something that required a huge amount of development time. Still, it’s a nice addition, especially considering how hard it is to win a race and make significant money in the first two-thirds of the game. And that comes as a novelty, really, because it is not mandatory to win every race to progress.

You are roleplaying a street racing noob that is struggling to get noticed, so don’t expect to roll out of the garage with your first car and just start winning races left and right, easily racking up big money and making upgrades in between every event race… Nah, son.

Unbound will make you work for it, and it will make you grind the full weekly calendar WWE MyUniverse style to work those long weeks in full before you can get that level 2 muffler that makes you finish second to last. Improvement! Is EA actually trying to teach zoomers about hard work? Could be. The complete absence of any kind of micro-transactions or the ability to pay-to-win supports that theory.

Related: How to Change Need for Speed Unbound Difficulty Settings

The beginning of the game is brutal and exhausting, even on the lowest level of difficulty, which doesn’t really speed anything up; it just gives you more retry options and slightly softens the AI that will still beat you. At least the police in the game is silly. Personally, this is both a plus and a minus at the same time because although you won’t have ultra epic chases until you reach Heat Level 5, at least you won’t have to waste 20 minutes running away from the police every time you meet them in free roam, and free roam you will – because the game does not have normal fast travel. It is only possible at the beginning of each new day to choose a spawn location in one of the unlocked safe houses, and that’s it. You will have to drive there for everything else, so you might get the idea of why dumb police could be a plus as well.

Lakeshore Online is the multiplayer portion of the game, and what is distinct here is how they completely separated the single-player progress and this online mode. You will create a new character and unlock cars, clothes, and cash completely separately as if you are playing two different games. Strange choice, just as giving bonus cash with pre-orders that can only be used in online mode. Gah.

I really wanted to like Unbound. I didn’t join in on the whine train about the effects, and I ignored many red flags in the announcements since it’s Criterion; after all – it will be a new experience. However, after too many hours spent in their new game, I can only conclude that for a completely fresh NFS experience, we will have to wait for the next one that will hopefully move away from everything established since 2015.

Well, this turned out to be more negative than I expected. It is still a fun game, especially if you haven’t played any of the previous sequels; you can have fun here. The game works nicely and gets a little better as you get further in. The only real issue is that I, like many other old-school NFS fans, had high expectations from it, but in the end, we got a mediocre Need for Speed game and hands-down what I feel is the worst racing game Criterion made so far.

But who knows, maybe this one ends up being this generation’s first Underground? So that the next one can really blow it out of the water. I personally would like a return to classic NFS, but I stopped being their target audience like 20 years ago, so yeah… Let’s turn up that A$AP Rocky and grind for them VERSACE shoes, yo!