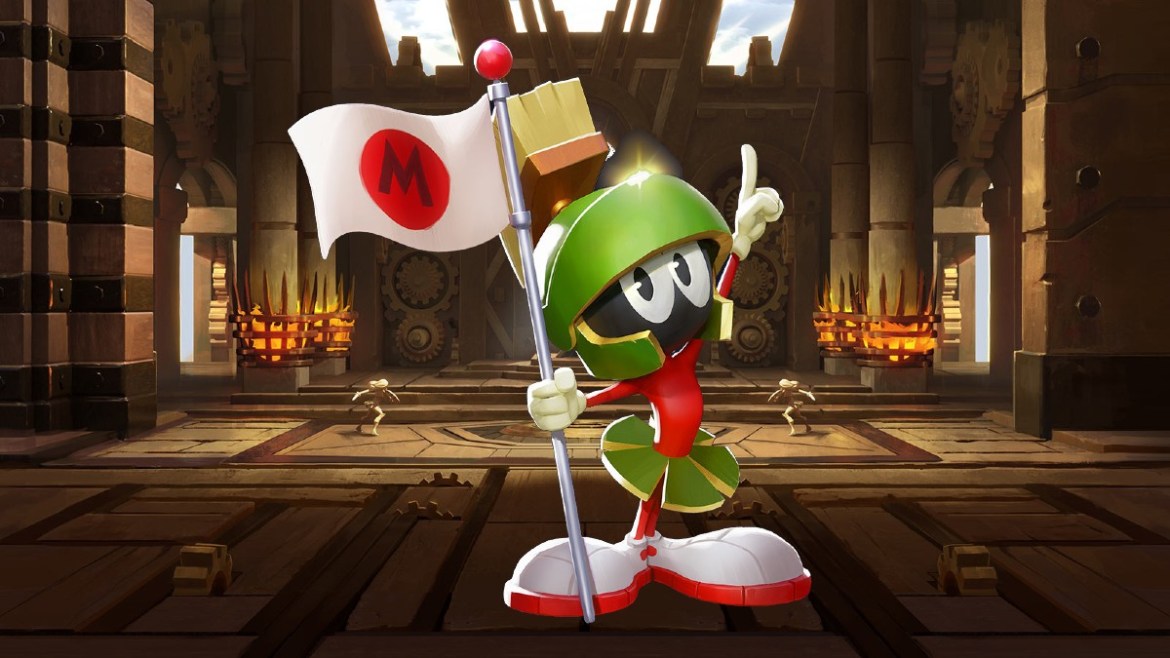 Season 2 for MultiVersus seems to be launching and running quite smoothly, compared to the first season. The new title screen doesn’t even have new characters out of the blue, which was fun last time but made announcements weird. But that doesn’t mean we don’t know anything about new content… for better or for worse. Much to my Chagrin, more Game of Thrones stuff is on the way. But on the other hand, I’m stoked to see the roster get Loonier with Marvin the Martian on the horizon.

Yeah yeah, lots of Game of Thrones stans out there. I get it; I’m happy for you. But I’m not happy for me. If the news was a new character, I wouldn’t be nearly as annoyed ironically enough. But this time, MultiVersus Season 2 will introduce a Game of Thrones stage. That means I’m going to have to be constantly engaging with the series, interacting with it on a multilayered gameplay level, and to top it all off, hear that damn theme song over and over. It’s a whole other can of worms, but I’m not a fan, to say the least. Kinda like Rick and Morty, and I complained about them too!

Related: We Ranked the Ranked Ranks to Determine the Top Toast of MultiVersus

The plus side, of course, is the first new character announced for Season 2. I’m excited to see Marvin the Martian bringing more Looney Tunes to the roster, since having just Taz and Bugs is ridiculous. We have a billion superheroes on the roster but not nearly enough of classic WB. Not enough villains either, so it’s nice to have that aspect of Marvin as well. We don’t know when Marvin is set to release, but we do know he uses a Space Modulator (natch), a blaster gun and summons a spaceship in some capacity.

Related: Does MultiVersus Have Arcade Mode?

I’m excited for MultiVersus Season 2, even though we only have a small taste of the new content. If Season 1 was the dry run, this second go is definitely about addressing feedback and fine-tuning. Despite being a small team Player First Games has been killing it with all the changes, tweaks, and fixes from small character details to massive hitbox and internet structure overhauls. Hopefully, the changes to the Battle Pass are good ones. I imagine we’ll also see things like Ranked officially roll out and some kind of holiday event.