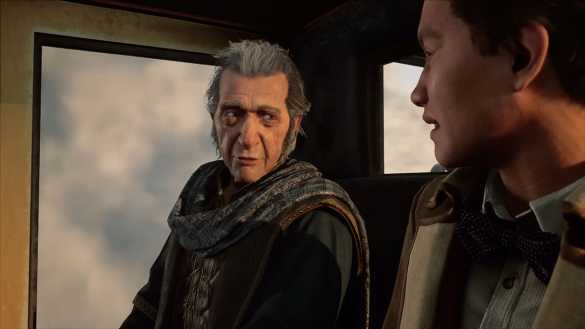 As we approach Hogwarts Legacy’s official release date, we’re beginning to learn more about each key character that’ll help us on our journey to quelling Ranrok’s Goblin Rebellion. While the Hogwarts Legacy State of Play trailer revealed that one of our allies would be Professor Fig, a powerful wizard who also teaches classes at the school, we’ve learned today about some crucial lore that helps us understand his motivations for helping us.

According to the most recent social media post by the official Hogwarts Legacy Twitter account, Eleazar Fig is our magical theory professor who initially wished to work at the Ministry of Magic before ultimately helping his wife, Miriam, uncover secrets about ancient magic. Unfortunately, she met her demise during her travels alone, haunting Fig to this day. With Miriam’s work unfinished, Eleazar wishes to continue her research on ancient magic and determine what caused her death.

In particular, understanding this part of his past also helps explain why he chose to ally with the player on their adventures. As ancient magic users, Eleazar likely believes we are the key to figuring out Miriam’s fate and what she uncovered during her travels. We also know that Fig wants to help us stop the rebellion before it causes too many casualties, especially as he already feels immense guilt over not being able to protect his wife. This may be his way of combating this guilt, finishing Miriam’s work and helping us uncover secrets about our powers.

Related: Who Are the Main Antagonists in Hogwarts Legacy? – Answered

While there is certainly more information to learn about Professor Fig, both before and after the game’s first official release in February, this latest update gives us a lot to think about, especially combined with what we learned about his involvement during the State of Play.