Venture out into the unknown on your magical flying broom 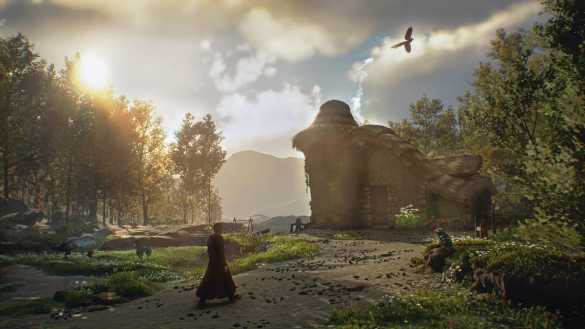 Hogwarts Legacy is an upcoming single-player action RPG that’ll begin its series of releases in February 2023. In the meantime, it’s important to learn about the game’s core mechanics, world-building, and structure, including how its magic and questing systems work. One aspect of this is whether you want to explore an open world and have the freedom to do what you’d like or if you’re seeking linearity. If you’re interested in learning more, continue reading to find out whether Hogwarts Legacy is open world and what, exactly, that entails.

Hogwarts Legacy is a roleplaying game featuring an open world to explore and cast your plethora of magic spells in. While you’ll initially begin at the Hogwarts School of Wizardry and explore the grounds, over time, you’ll gain the capacity to fly around the map on a magic broomstick. While there is limited information leading up to the first big release in February 2023, some key details are readily available.

Hopping forward to the second gameplay showcase revealed mid-December, we immediately learn more about this open world and how broom mechanics work to accommodate this. Rather than slowly running around, you’re given a choice to use your broom to fly just about anywhere. While this isn’t limitless, the game will also feature ways to upgrade your broom to suit cosmetic preferences and improve its flying capabilities.

The gameplay showcase also highlights additional mounts, including the preorder-exclusive Onyx Hippogriff, allowing you to travel quickly around the world.