Hogwarts Legacy ASMR Is Back With Even Cozier Vibes Than Before

Sit back, relax and appreciate the sounds of nature 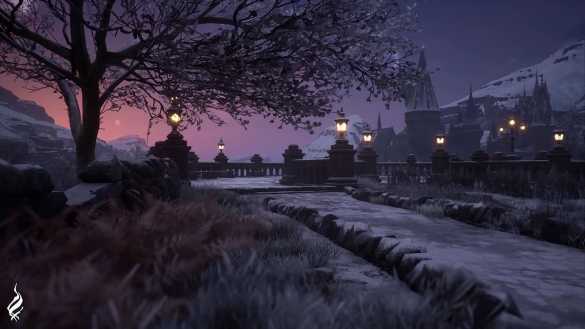 Between various Hogwarts Legacy gameplay showcases, cinematic trailers and character lore details, we occasionally gain some interesting videos highlighting the game’s soundtrack and graphics. A unique example of this is ASMR videos featuring ambient sounds and cinematic overviews of the game’s environment. While there were previously three released in the past few months, a fourth has surfaced today, and its cozy vibes are something to behold.

Hogwarts Legacy ASMR Is Back With Even Cozier Vibes Than Before

Titled “A Late Winter Afternoon”, the video includes shots of the Hogwarts School of Wizardry and a nearby town. As we begin down a snowy path overlooking nearby mountains and forests, it transitions to the school and even looks at its interior. We also get a quick look at shops like Dogweed and Deathcap, where you can buy plant seeds and other items.

All of these shots are coupled with sounds of wind blowing, crackling fire from candles and other ambient sounds to give those satisfying feelings fit for ASMR. Like previous Hogwarts Legacy ASMR videos, this one lasts 20 minutes, giving you time to observe the scenery and relax to the world’s sounds.

This also seems to wrap up the four seasons theme of these videos less than a month before the game’s official release on PC, PS5 and Xbox X|S. Only time will tell if more will follow.