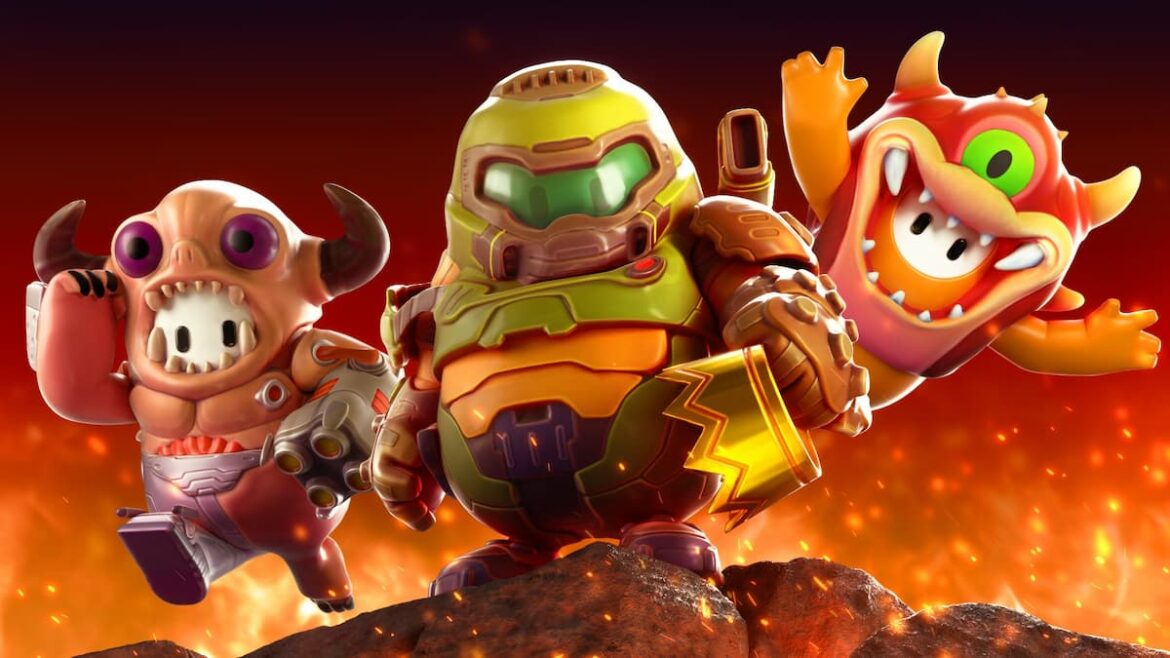 Fall Guys: Ultimate Knockout leaks have revealed a fan favorite bundle that’ll have opposing beans only fearing one thing – you. According to Pancake, a prominent Fall Guys leaks Twitter account, the Doom Slayer and friends may be making a comeback pretty soon. If you missed your chance to grab the hellish bundle the first time around, continue reading to find out more information about the Fall Guys x DOOM collaboration that may be hitting the game’s store soon.

Originally released on January 12, 2021, the Fall Guys x DOOM collaboration bundle included three costumes to give your beans of dash of demonic design. Previously, players could spend Crowns they’d earn in-game to purchase the DOOM-inspired outfits, though with the recent release of Season 1, players will now be spending the new paid currency known as Show-Bucks.

Related: Fall Guys: How to Get the Terry and Mai Fatal Fury Skins

As far as what’s available in the returning bundle, according to the leaked images, it appears that there are no new costumes showing up, but a re-release of the originals instead. DOOM fans who may have missed the bundle the first time around will have a chance to grab them again for a limited time.

The bundle appears to include:

The leaked data also reveals that the bundle will be available for purchase from August 18 through August 22. So, save up those Show-Bucks and grab the set so you can fight like hell to claim those crowns. Disclaimer: The Doom Slayer’s weapons are not available in Fall Guys so, no, you cannot blow up your fellow beans in the arena.

For more information on Fall Guys: Ultimate Knockout, check out our other guides and tips below: