Black Adam and Stripe Revealed in MultiVersus Season One Art

This news has a real smell to it 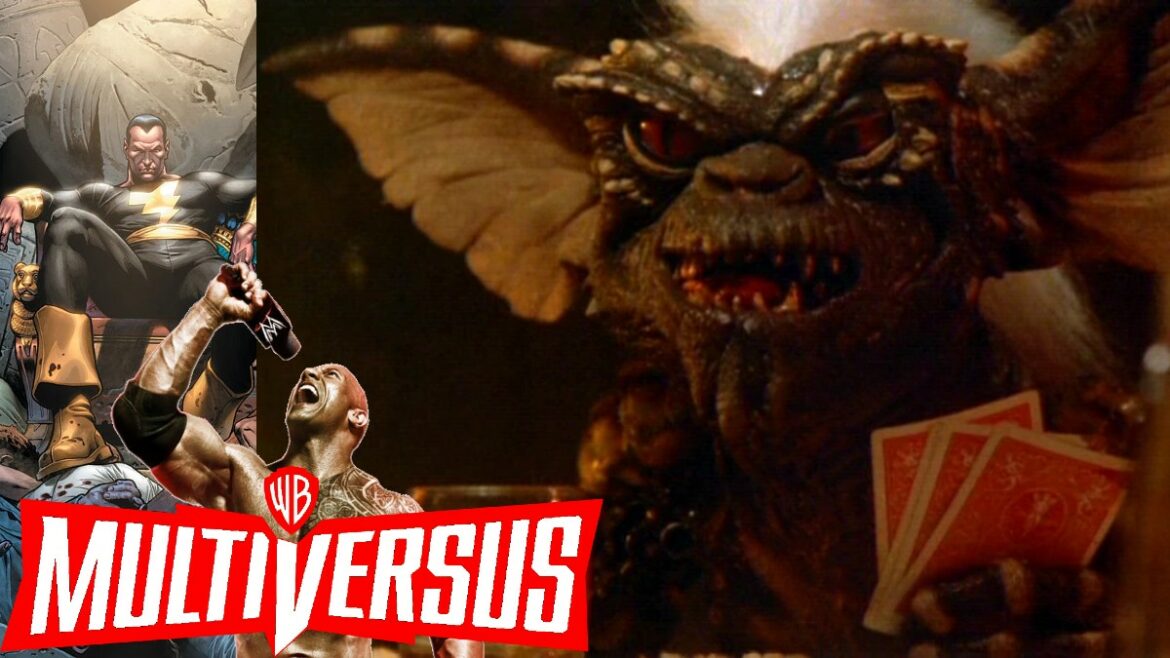 MultiVersus Season One is live, and it came with a surprise right out of the gate! While we already know who the first two additional characters are (Rick and Morty, lord help us), we now have some confirmation on who else is coming. A new Splash page was added to the game, featuring Stripe (the villain from Gremlins) and Black Adam (The Rock wearing DC Comics cosplay) front and center.

Dataminers are having a field day with the newly-launched update, but you know where to look for all that stuff. We’ll keep it to what’s official, and what’s official are these two new characters. You can check out a clear and high res look at the new art splash right here, and check out the new MultiVersus-style designs for these characters:

As of this writing, there isn’t a press release or a Tweet saying anything formally about these characters, but we’ll update the post as soon as we know more. (Update: Not even ten seconds passed after publishing, this happened) Before the season launched, the official Twitter already stated Season One’s content will be rolled out over time, and the official end date for the season seems to be November 30. So that’s a lot of time to fill with new stuff!

While Black Adam isn’t surprising due to the game already leaning pretty hard on DC Comics and the new movie coming out, it’s cool to see more of WB’s live-action licenses appearing already with Stripe. Gremlins is obviously a classic movie with lots of IP value, but Stripe as a playable character in a fighting game is a pretty wild collection of words forming a sentence describing reality.

As always, keep your eyes on Prima for MultiVersus updates, including things like goofy features about why Finn is boring and patch notes summaries for big updates.