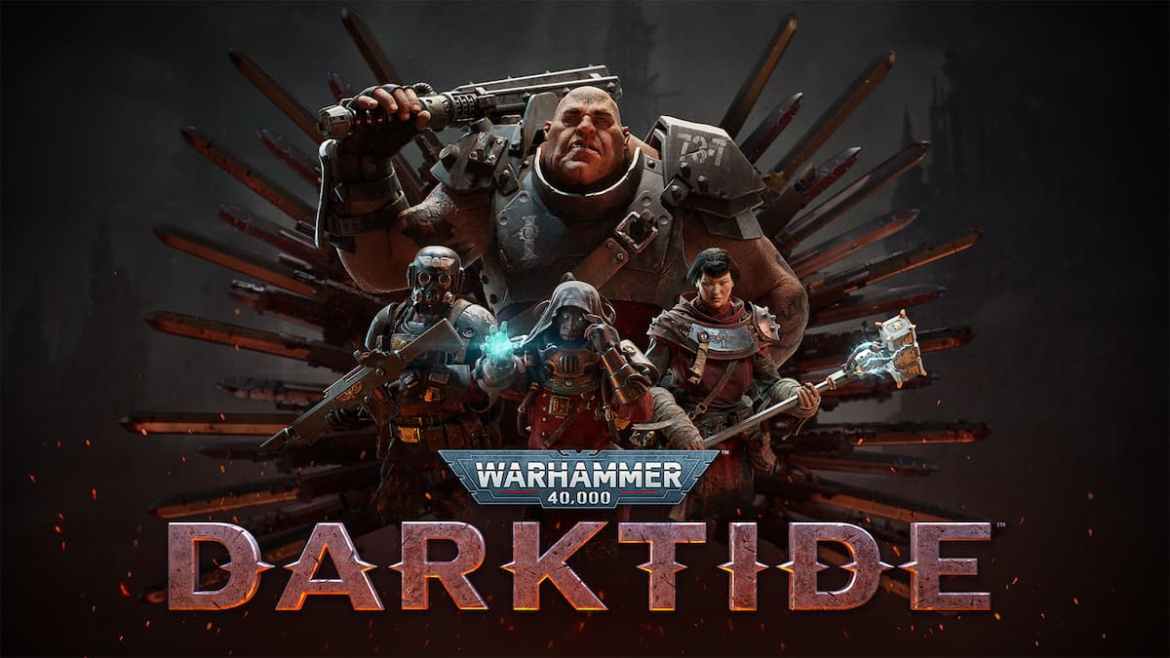 Not all heroes are, well, heroes – and when you find yourself imprisoned in the dystopian world of Warhammer 40K, you’ve really got no other choice but to follow the Emperor’s orders. Darktide is developer Fatshark’s newest addition to their successful line of Left 4 Dead-like horde shooters that borrows aspects of Warhammer: Vermintide and dumps a hefty serving of futuristic, grimdark spice on top. I had a chance to jump in the Warhammer 40K: Darktide Closed Beta, and in between dying a lot, I died a lot. When I wasn’t dying a lot, I spent my time dying a lot. Sometimes, I even got to shoot things.

Gamers will feel right at home in the world of Darktide, as things like the sun and outdoors are few and far between, if even present at all. As a stark contrast to Vermintide’s setting of sunlit swamps, valleys, and medieval villages, Darktide takes place in the dystopian city of Tertium – a massive, sprawling metropolis filled with interconnected factories, power plants, and dark corridors. It gets pretty dark, and the occasional orange hues of a nearby blast furnace or flickering of faulty spotlights bring brief moments of comfort to what feels like a nightmarish “Bring Your Kids To Work” day gone wrong.

The stages are long and, while not at all a bad thing, definitely feel like more of an investment compared to Vermintide’s levels. The roughly 30-minute missions had my crew and I blasting from one horde of enemies to another, with short moments of respite sprinkled in between to restock on ammo and health, culminating into a claustrophobic gauntlet of mayhem before escaping. That is, if we managed to escape at all, as even the 2-star difficulty stages had us packing our bags back towards the lobby more often than not. Of course, levels are bound to get easier as your character levels up and obtains better weapons, but I’m what you call a Gamer®, and I can handle the heat. Sometimes.

One thing I appreciated about Darktide was its surprisingly robust character creator, which not only allowed me to customize my character’s appearance but even had me craft a backstory with several premade selections of lore. I chose their home planet, notable personality traits, and the moments that led to their imprisonment within Tertium. These things meant practically nothing from a gameplay perspective, but they helped to add a dash of flavor in the naturally repetitive gameplay loop that Darktide is built. In one level, my teammate’s character began speaking to my character, throwing playful jabs at me and likening our environment to my desecrated homeland of Cadia. I thought that was neat, and added just a little more immersion and world-building than I expected.

Other than the setting, Darktide felt more or less the same compared to Vermintide as far as the gameplay is concerned. I’d choose a mission with a fixed party or be match-made into one, rip and tear my way through a level, and reap the rewards in the form of experience, currency, and weapons in the end. In the Beta, there weren’t any Strongboxes rewarded based on my performance to open; instead, I was given an upgraded version of a weapon tailored to my current class. Once I reached a certain level, I was able to purchase more weapons from one of the vendors in Tertium’s hub area. This was a little disappointing, and I’m hoping that Strongboxes make a return in the finished product. There’s something exciting about opening stacks of Strongboxes after a few sessions of violence.

Darktide has four classes to choose from; the Veteran Sharpshooter, Zealot Preacher, Psyker Psykinetic, and the Ogryn Skullbreaker. Each class has its own unique abilities and perks to eventually earn through experience, though their class identities aren’t quite as fleshed out as Vermintide’s. When it comes down to it, everyone has a gun and a melee weapon to use, and I didn’t feel like any class excelled at performing tasks better than another class. In fact, the guns aren’t even restricted to specific classes and are often shared amongst different characters.

We’ll surely see additional classes released post-launch and whenever DLC starts showing up but, until then, it feels like you’re better off just choosing whichever class-specific grenade you like using the best.

Regardless of whatever minimal flaws it may have, I still had a blast playing Darktide. The greater focus on gunplay made me feel right at home, and the traditional melee combat was visceral, impactful, and very bloody. There’s nothing quite like taking a shovel to a mutant’s face. I think fans of this FPS genre, whether they’ve played Vermintide or not, are going to really enjoy Darktide when it releases for PC on November 30.