If you own a Steam Deck, what are you waiting for? 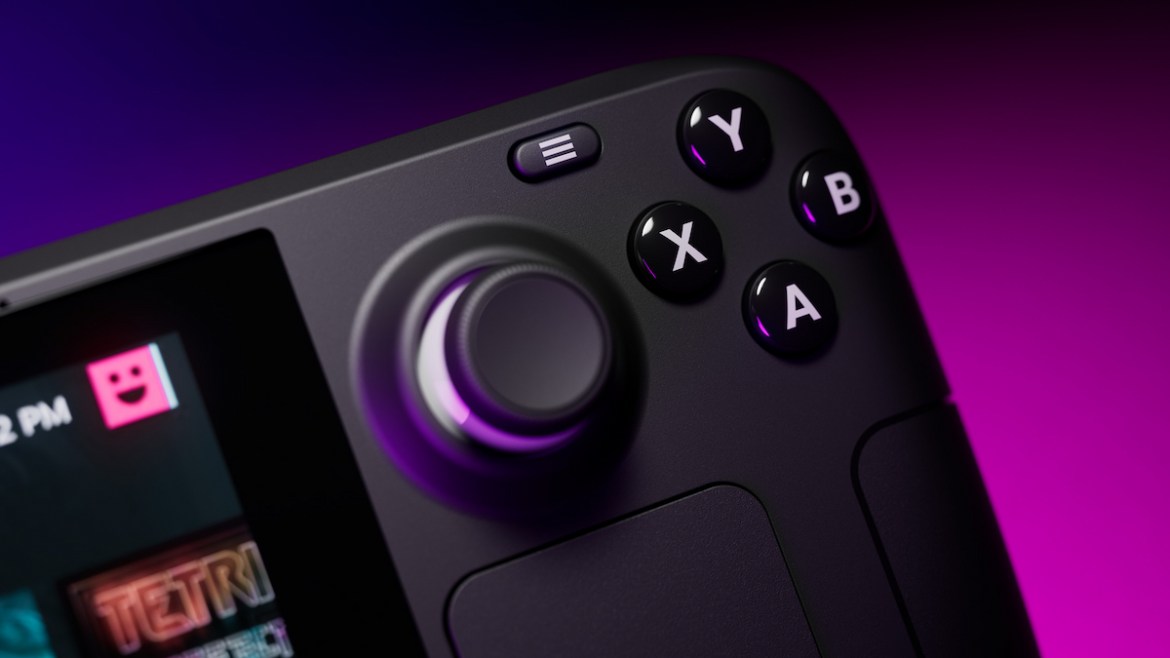 Like many others excited by the prospect of the Steam Deck (a portable device that allows you to play your Steam games on the go? Uh, I need it now!) when it was announced in July 2021, I rushed to put $5 down to secure my preorder. Opting for the highest tier 512GB model with an anti-glare screen, it wasn’t until almost exactly a year later that I got the email from Steam telling me it was my time to purchase my console. I’ll never forget the rush of excitement when I checked out, the wave of year-long FOMO I’d accrued watching others get theirs before me disappearing like a bad dream I’d finally woken up from. And, most of all, how agonizing the wait to receive it was as I checked my tracking number 30 times a day to double check, triple check, quadruple check whether if by some miracle, it would arrive earlier than expected, or if the horror stories on Reddit where customers got theirs stolen or broken had come true.

Once I finally got that knock on the door the following Friday, it was like the delivery driver had just dropped off the Holy Grail. I ripped it out of its cardboard prison like a hungry lion pouncing on its catch and I was ready to devour it as lifted it out of the carrying case, falling in love instantly. I threw a skin on that baby and I was away, using it to spend 200 hours in Final Fantasy XIV in just six weeks – that’s no exaggeration. MMORPGs can be addictive as it is but add a handheld console to that, allowing you to log in from anywhere with an internet connection, and oh boy, you’ve got a dangerous but highly enjoyable concoction.

Fast forward to the end of October. I’d had my Steam Deck for three months, with another 100 hours in Disney Dreamlight Valley under my belt, amongst various other games I could now play from the comfort of my bed for the first time ever. I thought I’d seen everything that Valve’s handheld PC had to offer and I was perfectly satisfied – until I discovered something that would change the game and therefore my Steam Deck experience for the better, something I didn’t even think was possible: plugins. And one in particular. See, before getting my Steam Deck, my Nintendo Switch OLED was my console of choice, purely for its beautiful, vivid screen that makes games pop. And as much as I loved my new device, I couldn’t help but wish it had an OLED screen. But that’s where the plugin came into play and changed my life. My gaming life, anyway.

Related: How to Use Custom Boot Videos on Steam Deck

What are plugins, you ask? While I don’t fully understand the technical side of things, I’ll explain it in layman’s terms as I know it: they’re tools that allow you to further customize your Steam Deck experience in ways you couldn’t do otherwise. For example, there’s one that makes it so you can switch up your theme (there’s a Persona 5 one!) and keyboard color, another that adds Spotify integration, and so on. But I want to bring your attention to vibrantDeck in particular which – and you may have guessed it already by the name – is a tool that can change the vibrancy of your screen with sliders for saturation and gamma. While it doesn’t sound like much, trust me: if you have a Steam Deck, you need it. Shoutout to libvibrant for creating it.

Upon messing around with its settings, I booted up Dreamlight Valley and my jaw dropped. Fireworks of color erupted into a chroma rush pouring across the screen, piercing my retinas like how I imagine seeing TV in color for the first time must have felt after only ever watching in black and white. Holy s**t. It was like having a Steam Deck 2.0 with a better screen – except there’s no fancy upgrade here, it just gives off the illusion of it.

It’s Surprisingly Easy to Set Up on Steam Deck

Before I talk more in-depth about it, I must state this because I already know that I’d get the “but it’s not OLED though” comments otherwise. I know. Obviously, an actual OLED screen would be preferable and it’s something I hope Valve implements in future iterations of their console. Is it as crisp as an OLED screen? No. But I’m just working with what I’ve got, baby. And damn, does it look nice.

Now, you may be wondering how difficult getting plugins – and vibrantDeck – working on your Steam Deck is. Spoiler: it’s not hard at all, really, it’s not. It takes 5-10 minutes depending on how comfortable you are with the Deck’s desktop mode and inputting some code. I’m not new to this, I’ve been dabbling in this kind of thing since the Wii days (the LEGO Indiana Jones exploit was clutch; if you know, you know) but trust me, even if you’ve never done anything like it in your life, you’ll be fine. I’m not going to walk you through how I did it because I’m no professional modder by any means and definitely shouldn’t be giving instructions to thousands of people across the internet (I’m not liable for any damages, I’m just recommending some software), but I’ll embed the Games Revealed video I followed below if you’re interested in getting plugins set up for yourself. You’ll need to install a menu called the Decky Loader, which gets built into the Quick Access menu.

Once you’ve got it installed, it’s simply a case of clicking on the little storefront icon in the Decky menu and downloading and installing vibrantDeck from the list that pops up. When it’s ready, you’ll see the app’s name in the Decky menu and if you click on it, this is where you can play around with the saturation and gamma sliders.

Note that YMMV, especially if you’re using the 512GB model with the anti-glare screen. My husband has vibrantDeck on his 256GB Steam Deck and has to tweak his saturation more than I do with my less reflective display. But that could also be down to personal preference – I like a subtle pop of color whereas some people may prefer something with more vibrancy.

Related: Can You Play Overwatch 2 on Steam Deck? – Answered

Oh, and did I mention that you can set per-game profiles too? This means that you can map different vibrantDeck settings to different titles. Want NieR Replicant to have a higher saturation than you’d usually apply because it’s got darker visuals? Simply create a profile that’s unique to that. It’s a small feature but it’s so, so helpful. And not to mention Disney Dreamlight Valley again but it really makes that game burst with color – it’s beautiful.

I know I’ve talked your ear off so if you’ve made it this far, I’ll treat you to some comparison photos as a thank you before the end. A warning, though: I’ll be showing my Steam Deck off below and it’s feminine AF. I like customization, okay? Not that I have to justify myself – I am a female that likes video games (OMG) and cute things, after all – but I can already smell some of the reactions. I’m just bracing you for it. You’re welcome.

Here are a couple of real-life side-by-sides using Disney Dreamlight Valley as an example yet again (can you tell I’m obsessed?), and don’t say I didn’t warn you about my Steam Deck aesthetic. You knew it was coming.

Note that none of these photos have been edited in any way other than to put them together in a frame and add our Prima Games watermark. Both before and afters were taken using an iPhone 13 Pro Max so if there are any slight discrepancies between shades, blame Apple and the fact I took these in natural lighting and the sun kept going behind the clouds. You get the idea though – the plugin rocks.

In conclusion, if you own a Steam Deck and you are a fan of OLED screens, you need this plugin. Like seriously, download it now. And I have to mention this again but obviously, this isn’t a direct comparison to an actual OLED – Valve’s console simply doesn’t have one right now so this is just a way of making games look as nice as possible. Install it, marvel at all the bright colors, and thank me later.