Genshin Impact is Running Out of Creativity for Characters’ Kits

We all saw that coming, to be honest 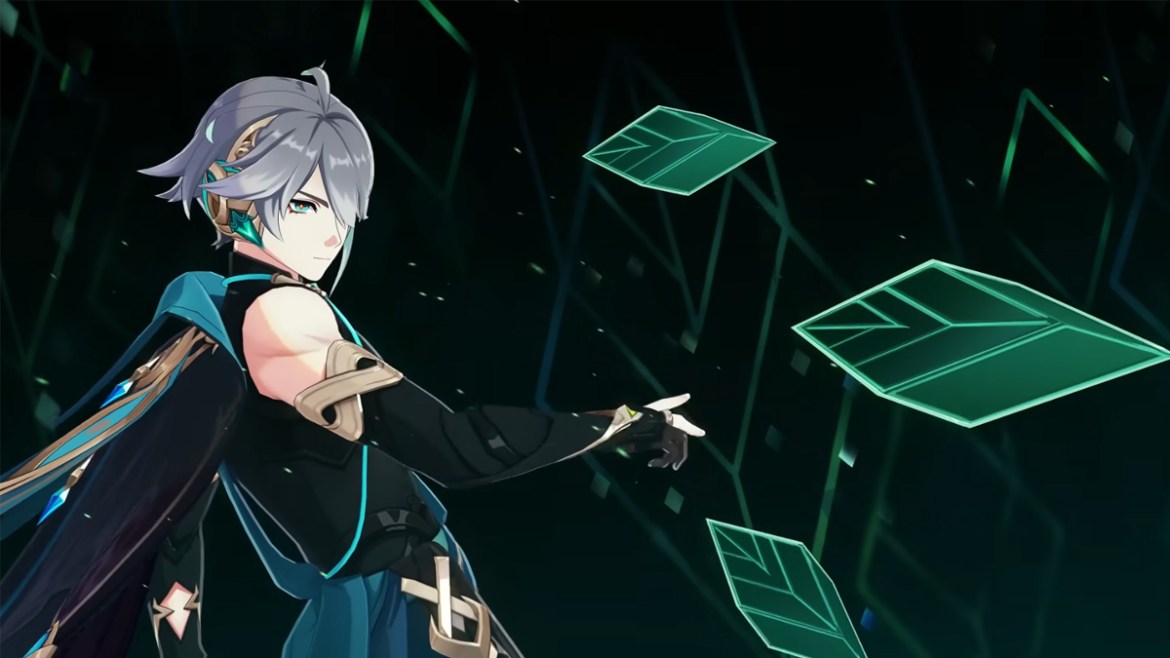 For many people, the most compelling aspect of a gacha game is far from its lore or gameplay. No, the most important thing is the main reward for every rolling addict out there. I’m talking about the characters, of course. No game’s fun if you’re not playing something you truly enjoy.

And one of Genshin Impact’s most appealing features is how big of a deal they make of each character. With only 1 or 2 new faces every few months (with sometimes no newcomer at all) and dedicated content for each of them, in the likes of trailers, dedicated art contests, Story Chapters in the game, or appearances in events, they try their best. Hence, each member of the cast feels unique.

Some of them are simply your everyday anime trope-filled characters, but what can I say? I’m a sucker for a few of those sometimes. And considering how successful the game has been in the last two years, it’s safe to say that this is a good strategy by HoYoverse.

While people will always roll (and pay) for stronger characters regardless of liking them specifically or not, the combination of an appealing character with a nice, powerful kit has shown to be the best recipe for success, with the Raiden Shogun being the best example. But there’s a limit to how many times they can get away with this formula.

The 5-Star (Or Deluxe) Versions of Characters

Back when the game launched, Venti was all the rage. The first limited 5-star character in the game with an overpowered Burst that turned the game’s biggest challenge, the Spyral Abyss, into a complete joke. Turns out that another character could play a similar role but was often neglected: Sucrose.

Within a few days, Sucrose was being called “budget Venti,” and her similarities with Kazuha, their Elemental Mastery scaling in particular, just updated the meme when he was released a few months later. People had a better understanding of the game by now, but the first impression is always the lasting one.

Ok, maybe that was just an Anemo character thing. They just happened to be similar, and people made fun of it. It won’t happen again, right? Nah, it will.

Ganyu was first seen as a Cryo version of Amber, but she quickly made a name for herself. But later came Kokomi, another Hydro Catalyst healer just like Barbara. And then, Arataki Itto was noted to be very similar to Noelle. Yae’s playstyle was also very reminiscent of Fischl’s… You get the point here.

The biggest offenders might be Yelan and Yanfei, despite the latter being actually the 4-star counterpart for Klee. But instead of being named a budget character, she’s sometimes considered better than the small terrorist for not being as clunky. However, this is more of a preference, as Klee still has better stats and scalings.

Yelan, on the other hand, is unanimously everyone’s 5-star Xingqiu. And that’s not an insult in any way or due to their silly haircuts. Xingqiu’s already one of the best characters in the game while only being a 4-star, so a 5-star version of him with more mobility and a higher damage ceiling is just as good. Usually, a lot better, to be honest.

Enter the Land of Wisdom, AKA Recycling is The Way

Updating older kits to a more modern environment is not a cardinal sin per se. The problem begins when almost every new character kinda looks like something we’ve seen in the past. And that has been the case with most of the new 5-stars released since the Sumeru update dropped.

Many people regretted pulling for Cyno, and while he’s still miles apart from Razor, both of them play very similarly. Wanderer was initially painted as the upgraded Shikanoin Heizou, with the distinguishing feature of flying across the field. Otherwise, both are undeniably similar.

Related: Everything About the Ayaka and Lisa Skins in Genshin Impact 3.4

Nilou might be the sole exception for Limited characters. When excluding Nahida, whose status as an Archon kinda makes her a cheater here, Nilou is the only one who does bring something new to the game as the first reaction-enhancer character. Nahida’s kit is possibly one of the most unique ones ever released in the game, though, but that’s the Archon treatment.

But now there’s a new contender for the most “recycled” character. Leakers warned about him, but people didn’t want to listen. I’m talking about Alhaitham, of course. The infamous male Dendro Keqing. No matter how much of a chad he was in Archon Quests or how much you simp for him. They really did him dirty here. There’s almost nothing significantly different between the two characters’ kits.

Both are Main DPS sword users with the two-part blink Skill and the multi-hitting Burst. Also, both benefit from Quicken reactions. Creating similar characters is okay, but there’s almost nothing really new here.

Yelan and Xingqiu are still different enough despite serving the same role in teams. Klee is still more explosive than Yanfei. Kazuha and Sucrose have different (although very similar) buffs. Fischl and Yae still play differently. Alhaitham’s main difference from Keqing by now is his EM scaling, which might not even be relevant to how you build him in the end.

So It’s All Recycled Kits? Always Has Been

It’s not a bad idea to have different characters fulfilling the same gameplay fantasy in different elements as long as they are still different enough. Tighnari was also dubbed a Dendro Ganyu with ears instead of horns, but he actually plays differently enough from the goat. It’s the same “on-field charged shot user” role but in a refreshing fashion, and that’s why I didn’t mention him earlier.

Tighnari’s still just a symptom. Alhaitham is the bigger thing, and could be a precedent for how Hoyoverse designs its future kits. Recycling previous ideas will always happen, and that’s unavoidable for any game of the genre, but why not give it a twist or something? They can do so much more with an element that has been teased for almost two years.

Even the “5-star counterparts” are usually different enough that people enjoy them differently from the 4-star ones. They’re not necessarily “upgrades” in every way but can fulfill the same or even different roles most of the time. Each character has their own thing going for them, being it a meta or a niche usage.

And I’m not saying that people shouldn’t roll for Alhaitham or that he’s just outright bad. Keqing’s currently in the best spot she ever had, and he’s bound to be the same. But if that uniqueness from each character’s kit actually matters for anything, players shouldn’t just quietly accept completely recycled kits altogether. I doubt a Zhongli situation would ever happen again, but they can hear what players want for the future.

It’s not like they don’t really know what to do. It’s more like they’re deciding to thread lightly in their road. Why risking with a new character concept that people could dislike when they have established, successful kits that will make them money? Keqing has always been very popular since release, so why not use her again?

It’s not bad logic in a marketing sense, but fans can get tired of that. Male characters usually have lower sales than females, but we can’t predict how this will actually affect Alhaitham’s hype effect. His reception will most likely be the deciding factor for how their next characters will be designed.

Related: How Queen’s Bohemian Rhapsody Served as Inspiration for Scaramouche in Genshin Impact

Sumeru’s next 5-star to be revealed is most likely to be Dehya, which is officially confirmed as a 5-star Pyro character. She could be a better counterpart to Xinyan, who is often regarded as one of the worst characters in the game, and it would be great if she did that. It would be a chance for the company to show how they improved in character’s kit design as well as making people give another chance to a usually-forgotten 4-star character.

The past will inevitably serve as inspiration to the future, and that does not mean we’re just copying/plagiarizing everything that has passed. We have a chance to make it better. Make it new. Make it unique. In a few months, Fontaine will have the mission of bringing more original kits to the table. Sumeru has its good share of those, but they can do better. And they hopefully will.