Everything About the Ayaka and Lisa Skins in Genshin Impact 3.4 - Prima Games
Tips

Everything About the Ayaka and Lisa Skins in Genshin Impact 3.4

New drip for the girls 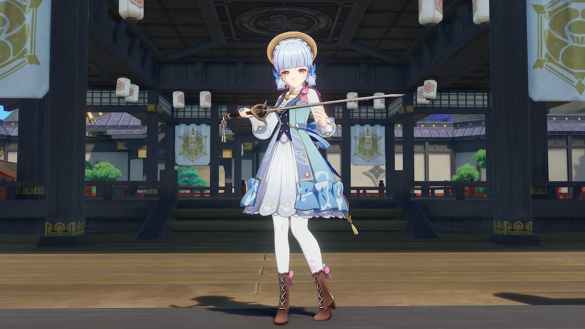 The Special Program for Genshin Impact 3.4 has revealed what leakers have been saying for quite some time: Ayaka and Lisa getting new skins during the Sumeru patches. Leaks indicated that happening earlier, but better late than never, right? Well, the girls have their new outfits, and that’s all that matters.

Veteran players should be accustomed to how those usually work, but since it’s been quite a while since we got a new one (half a year already!), let’s review how Hoyoverse deals with their characters getting new clothes in the game.

How Skins Work in Genshin Impact

Alternate Outfits (or simply skins) are relatively rare in the game as the main focus is usually developing new characters. But they wouldn’t lose out on the chance of making extra profit from their old ones as well. All of the older skins are available for Genesis Crystals in the store, which means that F2P players won’t usually have access to them.

But whenever a new 4-star character skin drops, it’s given for free through the version’s events and it will not be different for Lisa. On the other hand, Ayaka’s skin will only be available through the store with a special discounted price during 3.4. It will go back to normal following 3.5, and Lisa’s skin will be added to the store at that time.

Instead of being schoolgirl-themed as leakers theorized, we get a classy outfit instead. This is also technically another Fontaine tease as we’ve been getting lots of those lately. Her skin is similar to Jean’s and Keqing’s in the sense that it doesn’t change her particles or voice lines, being only a new, cute model for the Kamisato Clan’s descendent. This is also the first skin to a limited 5-star character.

The skin will be priced at 1,350 Genesis Crystals during 3.4, and 1,680 following the update. She will also be featured in this skin during the Warrior’s Soul event in 3.4 as the final challenge for the Traveler.

Lisa Skin – A Sobriquet Under Shade

Most guesses at a Lisa would be for a Sumeru Akademiya-themed outfit, and they would all be right. This is (thankfully) not a direct copy-and-paste version of the regular scholar’s outfit and has her own personal touches in it, such as the roses next to the vision necklace. In contrast to Ayaka’s, this is the first skin for a starter 4-star character.

This skin will be given out for free during the Second Blooming event in 3.4, and will later be added to the store for the price of 1,680 Genesis Crystals with no discounts being applied. Lisa with this skin will also be present at said event.

When Will Genshin Impact Get More Skins?

Considering the current skin production, the schedule seems to be releasing four skins per year, two at the beginning and two during the half. With that said, we can expect new skins to be announced around July, and recent leaks have pointed Kaeya as a possible receiver for one of them.

They usually belong to the regular 4-star skin tier, but we’ve already seen what a 5-star skin looks like with Diluc, who got complete rehaul to his character and particles in his new outfit.

Considering how popular it was during release, they might consider getting similar skins to other popular characters. Mona, Qiqi, and Tighnari are the only permanent 5-stars without skins at the moment, and considering her popularity, Mona would be a great option to receive one of these.