FIFA 23 Team of the Year Picks: Do You Agree With Our Best XI? - Prima Games
Featured

FIFA 23 Team of the Year Picks: Do You Agree With Our Best XI? 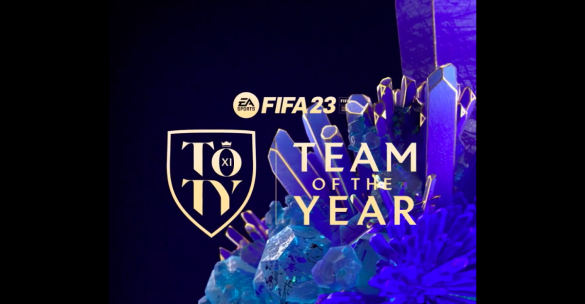 Picking the best XI in world football from 100 options and six different leagues is challenging. Thankfully, EA narrowed it down to 100 players. EA Sports released the Team of the Year nominees for 2022, and voting has already closed.

After the online voting closed, we here at Prima Games thought it best to vote for the best team of 2022. Why do this? For the love of football/soccer and the love of gaming, we needed to pick our own Team of the Year.

Related: Who Are EA Sports FIFA 23’s Team of the Year Nominees? – Answered

Looking at EA Sports’ FIFA 23 Team of the Year Selection:

A lot of debate went into these choices also. Huddles were held, discussions were heated, and some debates were never-ending, sometimes ending in a tables and ladders event (I assure you, it wasn’t that dramatic). But at the end of it all is a team we picked and one we can be proud of.

After nights of sleeping peacefully and not losing a wink of sleep over our best XI choice, we’ve come out with a team that will take any trophy, any day, any time, anywhere!

Here is Prima Games’ FIFA 23 Team of the Year Selection:

The Brazilian kept the cleanest sheets across 2022 for Liverpool and Jurgen Klopp with 23 clean sheets. He also helped the Reds to three finals and a second-place finish in the Premier League.

The Manchester City fullback was top-class with his delivery. He was a key asset in Pep’s ruthless system. Some of his balls played into the box last year were out of this world and inch-perfect. An instrumental figure in City’s league-winning charge. He could be one of the best fullbacks for years to come.

Virgil van Dijk of Liverpool is in the team because it’s just a pure bias choice that we picked another player from Liverpool and the English Premier League. But not actually. Like Alisson, VVD was solid and helped the Reds to two gold medals and a silver medal, and he was part of the team that conceded the fewest goals for the season.

Like VVD and Liverpool, Ruben Dias and Man City conceded the least league goals with 26. They went on to take the EPL title. He played 29 games, scored two goals, set up four, and helped keep 12 clean sheets. One of the best defender signings after the big Dutchman.

Achraf Hakimi went from strength to strength in 2022. Leaving Real Madrid did not stop his progress at all. And other than being a star for his new club, PSG, he was also a hero for his country Morocco, who made history as the first African and Arab team to reach the semi-final stages in the World Cup.

Luka Modric was equally impressive on the club scene as he was on international duty at the World Cup. As long as he is on the pitch, the talisman should never miss a team of the year selection.

Manchester City’s lethal weapon and pass finder keep producing the goods. He capped off his best-goalscoring run with 15 goals last season. His goals helped City to another title and claimed his fourth Premier League trophy in five seasons.

The man who brought Senegal’s first-ever African Cup of Nations deserves a place in the team. Not only did he bring home gold, but he was also part of Liverpool’s quadruple run, which signaled his career’s end. Mr Reliable and Dependable.

Do we really need to explain the 2022 Ballon d’Or’s inclusion? I think not! There’s no FIFA 23 Team of the Year without Benzema involved.

Another player who needs no introduction is Messi. However, a small script has to be written about the king who finally got his hands on the trophy.

Messi’s second season at Paris Saint Germain set us up for a brilliant World Cup in Qatar. His World Cup gold medal and five Man of the Match awards save him an exclusive seat in Prima Games’ best XI. Messi is the G.O.A.T, and the debate has been put to bed!

You may be thinking, why Salah? Mo collected another Premier League Golden Boot and was also an influential figure for Jurgen Klopp’s men. He scored 31 goals and collected 15 assists in 51 games played.

Do you agree with our FIFA 23 Team of the Year? Who would you replace and why?

For more from Prima Games, read: Is GOALS Another New Football Game? – Answered, UFL Gameplay Explained – Modes and Features, and What Separates GOALS From Other Football Games? – Answered.