Will Pokémon Scarlet and Violet Have DLC? - Prima Games
Tips

Will Pokémon Scarlet and Violet Have DLC?

Will we revisit Paldea? 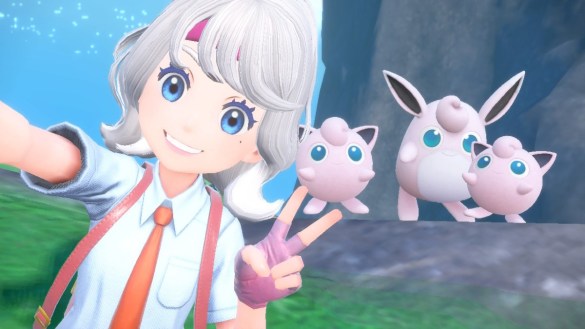 Now that we’ve all experienced the wonders of the Paldea region, the burning question on everyone’s minds is whether this is it or if we’ll see more of Gen 9. Will Pokémon Scarlet and Violet have DLC? Here’s what we know so far.

The Possibility of Pokémon Scarlet and Violet DLC

At the time of writing, neither Game Freak nor The Pokémon Company has confirmed any upcoming downloadable content for the Nintendo Switch titles. That’s not to say we won’t get any, though – especially since Gen 8’s Sword and Shield got two expansion packs after its release.

Related: How to Reset EVs in Pokemon Scarlet and Violet

And that’s not even touching on the fact that eagle-eyed Trainers have found hints at future DLC within the Paldea region. Note that the following is a spoiler, so if you don’t want to know, click away now.

Hidden within a book in the Naranja Academy’s library lies a look at an unreleased Pokémon: Paradox Suicune. The “An Imagined Pokémon” entry reads, “A drawing of a fantastical Pokémon as envisioned by our sketch artist. The size and ferocity of the Pokémon that dwell in Area Zero’s lower reaches tickled the artist’s imagination, prompting this sketch of what other species that inhabit these depths might look like.” Paradox Virizion was teased in Violet’s Uva Academy library.

This isn’t the first time upcoming content has been teased within a book in the Pokémon series. In Brilliant Diamond and Shining Pearl, a hint at the Manaphy mission in Legends Arceus was hidden in a library. So it’s not so far-fetched to believe that Game Freak is doing it again with Scarlet and Violet.

Related: How to Evolve Dreepy into Draloak in Pokemon Scarlet and Violet

We’ll just have to wait and see.

Meg was a video games journalist in the UK before moving to the US and eventually becoming Managing Editor at Prima Games. When she's not working, you can find her playing her Steam Deck, training Pokémon, or facing off against opponents in Overwatch 2.