How to Evolve Dreepy into Draloak in Pokemon Scarlet and Violet

Get your dragon some drip 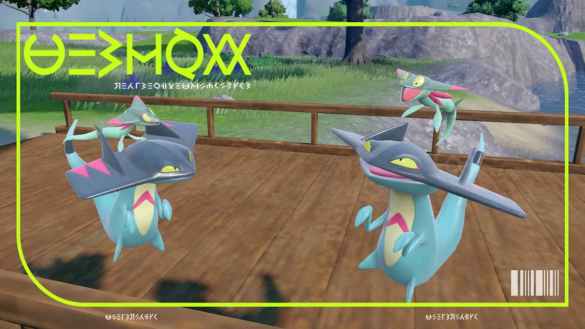 Although Pokemon Scarlet and Violet were known for introducing tons of new Pokemon with over 100 newcomers, lots of good ‘n old folks also returned in those games. And my little guy Dreepy was lucky to have made the cut instead of being forever locked into Galar.

The Dragon/Ghost Pokemon is the first form of Generation VII’s pseudo-legendary Pokemon, a term reserved for those overpowered dragon types you find during the late game in every generation. Their base stats are comparable to the huge numbers boasted only by Legendary Pokemon, hence the name.

But Dreepy is still a smol baby that needs some nurture, and it’s up to you to grant him everything he needs to evolve into a Draloak.

How to Evolve Dreepy into Draloak in Pokemon Scarlet and Violet

Dreepy will become Draloak after it reaches Lvl 50, and will subsequently reach its final form of Dragapult, one of the fastest Pokemon available in the game, when it gets to 60. That’s no easy task to deal with as it will involve lots and lots of fainted wild Pokemon, but using the auto-battle feature from the Let’s Go mode will cut that time short for a bit.

Take some time to prepare Sandwiches that boost the appearance of the Pokemon type you’ll be fighting. This will be helpful, especially if you’re relying on auto-battles, as they can quickly clean the whole field out of wild creatures. If you’re interested in EV training, take this chance to farm a few points along the way. Who knows, you might even find a shiny along the way.

Other than that, Rare and Exp Candies can be used as a final measure if you’re feeling it’s taking too long. Those will instantly boost your Pokemon Exp or give it a level directly and can be earned by completing Tera Raids around Paldea. Six-star Raids will, of course, give you the best rewards, but they’ll also require you to have a strong Pokemon to begin with.

Regardless of the method, your Dreepy will quickly reach its final, edgier stages as you progress with it in your journey. Keep scrolling at our other articles here on Prima Games to find more tips, tricks, and guides for adventuring around this new chapter in Pokemon history.